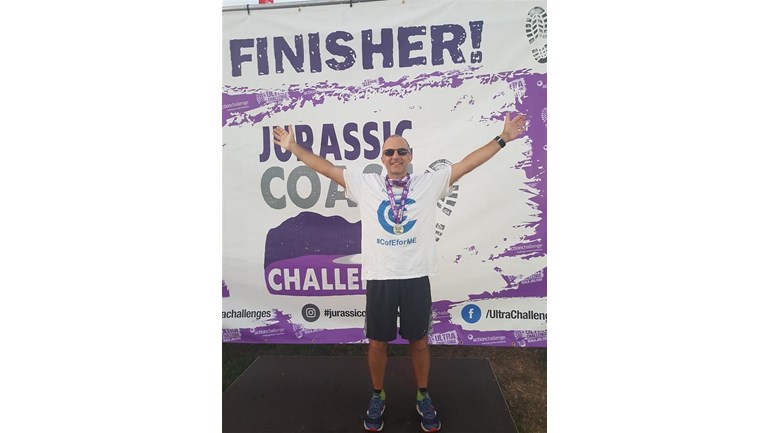 Running 100km to support M.E. for IiME because They deserve their lives on their terms.

﻿My nephew Pete has M.E.. He is 14 years old and has had the illness for 5 years. His illness has caused him many restrictions in his previously active life. However he has not let this deter him from learning and whilst he has to carefully monitor any expenditure of effort he has recently achieved an A in his first GCSE.

A re﻿cent film "Unrest" highlighted the plight of many such sufferers but this illness has been around for longer than we realise. It is frightening how widespread it is (Estimated at 3 times more prevalent than Aids). It is also widely misdiagnosed and lacks known treatments. However the positive work that has been done has educated, supported and improved the lives of sufferers and their families alike.

I firmly believe that supporting this valuable research will give so many people their lives back. ﻿

The challenge is to run 100km along the beautiful Jurassic Coast from Poole to Weymouth.

The link to my chosen charity is Http://www.investinme.org