Ian Beardsley
Fundraising for Vulcan To The Sky Trust 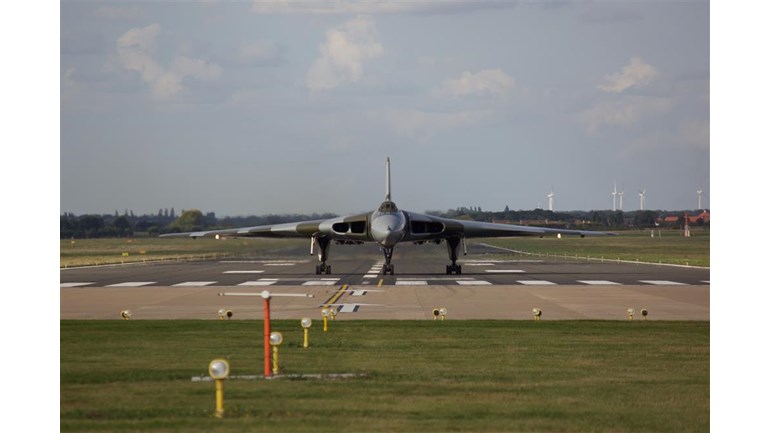 Fundraising for Vulcan To The Sky Trust

Vulcan To The Sky Trust

In August I will be undertaking a 58 km trek across the highlands of Iceland to raise funds for the Vulcan to the Sky Trust who care for the former RAF Avro Vulcan aircraft, XH558 now christened: 'The Spirit of Great Britain'.

My trip will involve trekking for seven to ten hours a day, taking on lots of steep climbs and having to erect and disassemble a tent each night and morning, as well as battling through variable weather conditions! I am hoping to raise somewhere in the region of £5,580 to help with the continued costs of maintaining Vulcan XH558.

The Vulcan to the Sky Trust (VTST) was responsible for one of the most ambitious and remarkable aviation restoration projects ever undertaken; returning a large and complex four-engine jet bomber to the air some 14 years after she left RAF service.

XH558 performed at air displays for eight years and entertained millions of people including myself. The unforgettable sights and sounds of XH558 prompted the media to coin the phrase ’The Vulcan Effect’ which epitomised the spectacular, mesmeric and galvanising effect she had on the public.

Sadly, the aircraft was retired in October 2015, after an emotionally charged final season which drew huge crowds to every event that she appeared at. She is now kept in superb ground running condition and will be the centrepiece of a brand new visitor and events centre which will be built at Doncaster Sheffield Airport, where the perfect two-mile-long runway will not only enable regular engine runs and taxying, but also allow VTST to develop plans for a centre of excellence for heritage aircraft and their preservation, restoration and operation.

All of the funds that I raise will help the VTST to safeguard the future of XH558 and continue to tell the story of Vulcan aircraft, their role in the Cold War & Falklands conflict, while inspiring new generations with wonder at the leap in technology she represented, the prototype flying only 11 years after that of the WWII Avro Lancaster.

Please give generously. It will be much appreciated.

Vulcan To The Sky Trust

To preserve and protect early-generation jet aircraft and to inspire new generations of youngsters to a career in engineering, science or aviation by demonstrating working, living examples.

Charity Registration No. 1101948
Find out more about charity fundraising