IAN GREENWOOD
Fundraising for The Christie 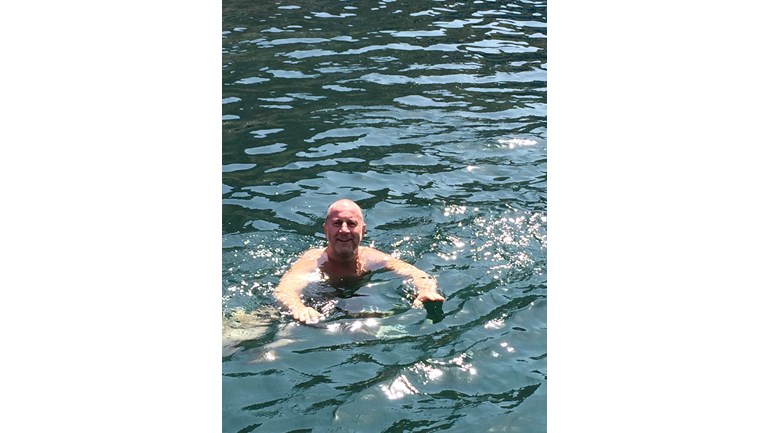 'Thanks for taking the time to visit my JustGiving page.

Donating through JustGiving is simple, fast and totally secure. Your details are safe with JustGiving - they'll never sell them on or send unwanted emails. Once you donate, they'll send your money directly to the charity. So it's the most efficient way to donate - saving time and cutting costs for the charity.'

Second, why am I doing this? In June 2015 I was given the news none of us wants - you have got cancer - during June of that year our much maligned NHS consulted, poked and prodded, sent cameras into regions where I am sure cameras are not meant to be, consulted again, scanned, consulted and operated - they were brilliant! From seeing a GP on 4th June a Stage 3 colon tumour was removed on 26 June - fantastic!

Upon examination of what was removed during the operation it transpired that the cancer had spread into some lymph nodes the result of which meant I could look forward to six months of chemotherapy - marvellous!

Anyway the chemo finished in March 2016 and a subsequent scan revealed no cancer was present.

From this point a 'plan' is mapped out; this consists of several years of consultations, scans, blood tests and yes - more cameras!

In May 2017 I had a routine scan, part of the 'plan'. When the experts studied the scan I was called in. Upon review the experts thought that something had shown up that shouldn't be there, it wasn't clear and they couldn't be certain. They recommended a deviation from the plan and an additional scan was arranged for November - at the time of writing I am awaiting the results of this additional scan.

Now, here's the thing. There is a type of scanner that would have been able to ascertain for sure back in May if there was something there or not, however given the experts couldn't be certain I was informed on this basis, if an application for this 'special scan' was made it would be rejected, essentially due to the limited number of scanners and the demand upon them.

Then it really sinks in - if more funds were available then more facilities become available and maybe just maybe if at some point in the future somebody finds themselves in the same situation as I found myself in, in May of 2017 then the 'special scan' might just be possible.

There are, I am sure, many many other examples of where extra money could be put to tremendous use.

Anyway I have been looked after so well by everybody and having seen things in a small way from the inside so to speak I felt compelled to make some effort and try to do just a little bit to put something back.

If you could donate to this page I would be so grateful; as I think everybody says at this point it doesn't matter how small the donation is it all helps and is so much appreciated - this is so true.

One final thing I wish to mention and it's a thank you - during a recent Christmas quiz night at the Heap Bridge Social Club John, Alison and Theresa raised £205, these guys gave it over to this fundraising cause. Thank you very very much it was greatly appreciated.