Ian Trueman
Fundraising for The Get A-Head Charitable Trust 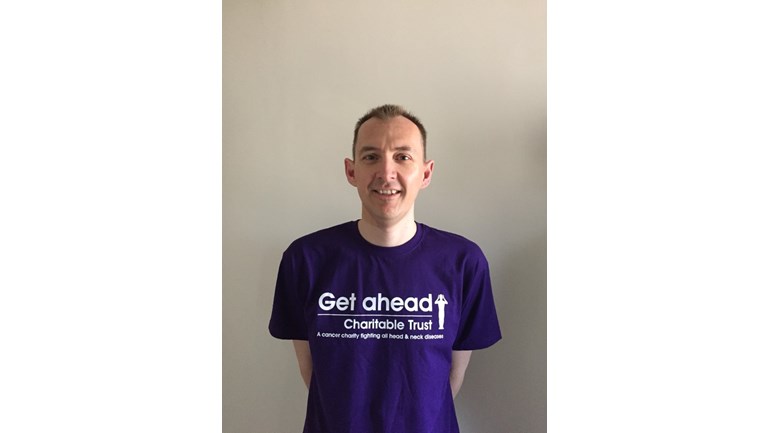 Ian's On the wagon for six months

The Get A-Head Charitable Trust

In December 2014 whilst having a shave I felt that my glands were a bit sore and swollen but thought it was due to the winter colds and excesses of Xmas. Several months later it still hadn't gone away so I went to the doctors to get reassurance that it was nothing to worry about.

Two ultrasounds later, a needle aspiration, and a tissue biopsy led me to the darkest day of my life, when on Wednesday the 4th November 2015 I was told I had a very rare form of cancer. Less than 100 People are diagnosed with this type of cancer in the UK each year.

I was then booked in for surgery to remove my saliva gland, some muscle and the nerves that control part of my bottom lip. After the surgery healed I had six weeks of radiotherapy to "mop up" the affected area in the hope that this will reduce the chances of it coming back.

I always thought that once cancer was removed - and if caught early - you would be fine and move on with life. But my cancer, although slow growing (mine had been slowly growing for 5 to 10 years) is totally resistant to all forms of chemotherapy and has a tendency to lie dormant or grow so slowly in other parts of the body (mainly lungs, liver, bones) that I won't know if I am clear for many years, and if it does show up elsewhere there isn't much that can be done for me.

So, whilst I have a positive outlook on life and really appreciate every day with a much better perspective, I don't know what the future holds. I have been lucky that my cancer was found early, I now know others who are in much more severe situations where they have their jaw, palate, tongue removed or are left  disfigured which is just awful as it affects how people see them.

Therefore I want to raise money to support people  and to perform research to this rare cancer.

As most of you know, I am not the most athletic person so I wanted to do something that would hopefully get you all digging deep into your pockets without sending me back to hospital from some sports injury!

Therefore, I am going without alcohol for six months. I have not had a drink since New Year's Eve. This was when my radiotherapy started and I wasn't allowed to drink during treatment. But I have continued to not drink which is getting tougher as each weekend comes round!

Please donate generously and, if you are around, join me for a beer in July!!!

The Get A-Head Charitable Trust

The Get A-Head Charitable Trust is dedicated to fighting head and neck cancer and other diseases by raising awareness, education, medical research, the purchase of vital medical equipment that the NHS cannot afford and the provision of free Complementary therapies such as Acupuncture, Reflexology, Reike and Chinese Massage.