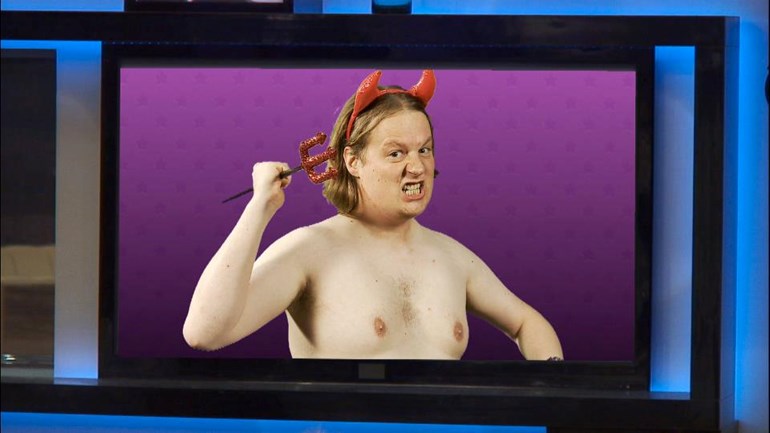 I'm walking the Shine London marathon with BB's Bit On The Side, for Cancer Research

As an overweight exercise-phobe, I thought it would be a great idea to walk for 26 miles non-stop in the middle of the night through London.

I'm doing this as part of the Big Brother's Bit on the Side team, so if you've enjoyed my skits and segments on the show, chuck us a couple of quid. And if you think I'm rubbish, sponsor me anyway, as it may well finish me off.

Cancer Research means a great deal to me, as my dad has twice survived cancer, costing him an eye and a prostate gland in the process. The worry and heartache involved shouldn't happen in this day and age, so let's put a stop to the whole nasty business.

If you're a UK taxpayer, remember to claim Gift Aid on your donation, so that Cancer Research get an extra 25%.

Bit On The Side