Tim Lane
Fundraising for Hand in Hand for Aid and Development 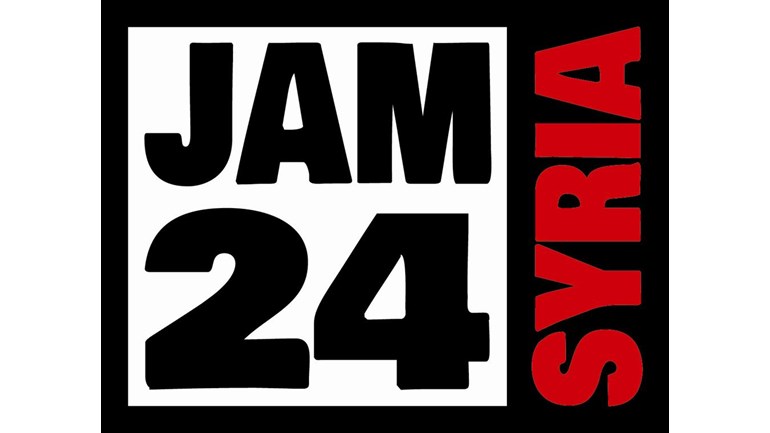 JAM24 is a sponsored 24hr Jam to raise funds for important causes.  This first JAM24 is raising money for HandinHand for Syria, a charity delivering a wide range of aid and development to those who need it most, directly into Syria.

On 14th August 2015, Tpot Studios (Scotland) hosted some top artists in a genre defying journey of musical sharing to spark JAM24 into action.  Through music we become more than the sum of our parts, sharing blessings and the web of Love around the globe, channeling this to the places that need it most.

The event was recorded and filmed and you can peruse the results on bandcamp.com/JAM24 and some highlights on Tpot's youtube channel https://www.youtube.com/channel/UCIBxFjdyQ_Y6FRCga2EIVxg.

Give accordingly, either by donating here or buying tracks on bandcamp.

Please get in touch via JAM24.org if you would like to find out how to put on your own JAM24 with your own community where ever you are in the world.

Watchout for the next JAM24 event on www.facebook.com/JAM24HOUR/

In aid of Hand in Hand for Syria Charity Registration number:1145862