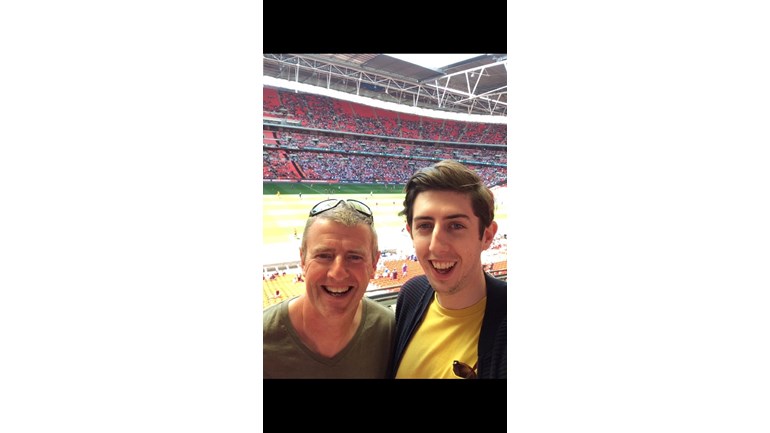 As many of you will know, on the 23rd May 2016 my Dad was involved in a serious car crash on his drive back from Sheffield when he was hit by a speeding car.

His life was undoubtedly saved thanks to the hard work, dedication, speed and skill of the first responder, who was on scene in minutes, and the crew of the Derbyshire, Leicestershire and Rutland Air Ambulance Service which flew him to the Critical Care Unit at the Royal Stoke University hospital.

His injuries included 4 broken ribs, collapsed lungs, a fractured jaw which required surgery, a fractured cheekbone, skull and neck, 2 bleeds on the brain, injured hand and numerous cuts and bruises and he remained in intensive care for a week.

Almost a year on his recovery continues to be slow and steady (just like his goalkeeping) but positive progress is being made and he's still around!! As a family, we're indebted to everyone involved in his care so far. It's difficult to imagine where we'd be right now if it weren't for them.

The Derbyshire, Leicestershire and Rutland Air Ambulance service played a huge part in my dads care and is funded entirely by charity donations with each mission costing them around £1,700! Our family is determined to raise as much as possible for this incredible charity so it can continue to save lives.

A group of family and friends will be doing the 'Mam Tor Challenge' a 10 mile hike in Castleton on the 20th May to mark the anniversary of the accident in what is a really special place for us as a family.

I will then be completing the National Three Peaks challenge which involves scaling Ben Nevis, Scafell Pike and Snowdon in under 24 hours on the 3rd/4th June which is around 26 miles in total.

I'd be made up if you could spare a little bit of your hard earned cash to help raise as much as possible. My target of 500 is really ambitious so I need as much help as possible so please feel free to share my JustGiving page far and wide!