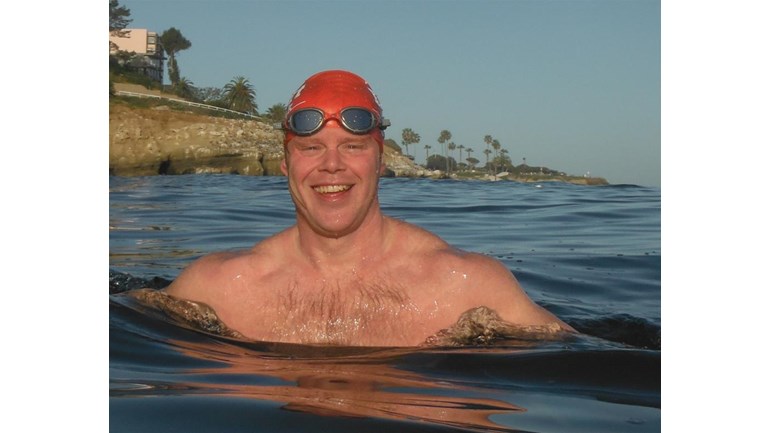 Attempting to solo swim the English Channel for Great Ormond Street Hospital Children's Charity because Of the care they have given to our son Tom.

I said I would post about what is motivating me to swim the channel one day.  One reason I have is that I like a challenge.  I like to push myself.  I like a goal to aim for.

Another reason is that I would like to raise money (as much as I can), for a cause very dear to my heart, which is Great Ormond St Hospital (GOSH).  If anyone who is a non-UK national is reading this, and hasn’t heard of GOSH, here is a short explanation:

GOSH is the foremost children’s hospital in the UK, and deals with many of the most rare, severe and acute childhood conditions from around the UK, as well as a good number from the rest of the world.  While much of its work is publically funded through the National Health Service (NHS), a large part of its work and facilities are paid for by donations from individuals and organisations.  GOSH was also featured in the Olympics Opening Ceremony a few days ago, which highlighted the work of the UK’s often maligned, but universally treasured, free-at-the-point-of-access Health Service.

While it is great to have such an brilliant institution 30 miles or so south of where you live, what you never want, and do not expect, is to one day be going there, in quite a hurry, with one of your children.  This, however, is precisely what happened to my wife Susie and I in the spring of 2008.  Our older son Tom had been for a scan at a local hospital due to some slight wonkiness in his neck, and some restricted movement.  In retrospect other signs were probably there, but it turned out that Tom had a massive brain tumour in the back of his head, and down his neck.  We knew it was especially serious when the consultant paediatrician told us that he was driving the scan results down to GOSH himself that very afternoon, that we should start anti-inflammatory medicines immediately, and report to GOSH first thing in the morning, with bags packed for a stay.

When we got to GOSH, they not only knew we were coming, but had already met as a team to review the scans, and put in place a plan.  The sense of relief when you realise that you are in the best possible place you could be, and that they know what they are doing, is amazing.  After a couple of days of observations, tests and anti-inflammatories, we were even sent home for the weekend, before coming back on Sunday evening ready for an operation on Monday morning.

Tom had surgery on his brain for 9 hours, to try and remove as much as possible of the brain tumour, part of which was in intimate contact with the brain stem.  He recovered amazingly well, despite looking pretty beaten up through having lain face down for 9 hours, and the sheer number of tubes exiting various parts of him.  It’s a cliche for sure, but you really wish that it could be you lying there in that bed, in place of your 3 year old little boy.

After recovering for a week, Tom had another 6 hours surgery the following Monday, trying to remove even more of the tumour.  Our fantastic surgeon, Mr Thompson, was able to remove far more of the tumour than he had thought possible at the outset.  Words cannot express our gratitude at the skills of this man and his team during the surgical phase of Tom’s treatment.  To concentrate for 15 hours on the highly delicate surgery involved in debulking a tumour in a three year old’s brain appears to me an almost superhuman feat.

Tom recovered well.  Though partially paralysed down one side, he suffered no other complications, and a few weeks later went into an 18 month course of chemotherapy strong and fat (a side-effect of the anti-inflammatory drugs is an insatiable appetite).  He would need every ounce of those reserves, as over the next 4 months he was reduced to a pale, bald, bird-like shadow of his former self.

The goal of the chemo was to try and stop the remainder of the tumour that was impossible to remove from regrowing, at least for as long as possible.  The path that Tom went down was a well-trodden one, so all of the complications were understood: loss of balance, susceptibility to infection  due to loss of immune response, loss of appetite, allergic reaction to chemo drugs to mention just a few.  We spent interminable days in isolation in Stevenage Hospital whenever Tom got an infection, watching him pumped full of iv antibiotics to stem an infection against which he had no longer had any defence.  The children’s facility in Stevenage should also be complimented on their brilliant work by the way, sharing the administration of chemo with GOSH, and providing the bulk of the aftercare.

Regular MRI scans monitored the size of his remaining tumour, which thankfully remained unchanged, and after a punishing 18 months, the chemo was finished, and Tom was able to slowly recover.  We are a couple of years now post-chemo; regular scans at GOSH, and consultations with our brilliant oncologist, Dr Brock, tell us that so far the tumour remains ‘dormant’.  We know it might start to grow again one day, but this sort of experience teaches you to take one day at a time, not to dwell too much on things you cannot control, and to put your faith in the wonderful professionals at GOSH and elsewhere.  If things change then we will deal with it with their help.

If you met Tom on the street you would never realise what he has been through in his short life, more than half of which has been under the care of Great Ormond St Hospital.  He is a bright, funny, affectionate, football-loving boy who is treasured beyond measure.  He has been astonishingly uncomplaining and stoic throughout this whole story.  We never once had a ‘Woe Is Me!’ moment.  Nor did his little brother complain, despite being without his Mum or Dad, or occasionally both for various periods of time.

I woud now like in my own small way to put something back.  Channel swimming is an expensive business.  All expenses will come out of my pocket, so any donations/sponsorship I manage to get will go straight to GOSH, with whatever gift-aid the government put on top.  Once the Dart 10k is done I will post details of how people can help if they can, and I will propose a target to aim for.  Just how much is a channel swim worth?  More importantly, how much is the work done at GOSH worth?  What value can I place on the tireless dedication shown to our family by GOSH, The Lister Hospital in Stevenage, the community nurses, the physios, the occupation therapists to name but a few?

Finally, I raise a glass (!) to Tom’s wonderful family, first and foremost Susie who did the bulk of the caring after giving up work, but also his little brother Finn, both sets of grand-parents, Mike + Lou, plus all the friends of the family and our local community who have been there for us.