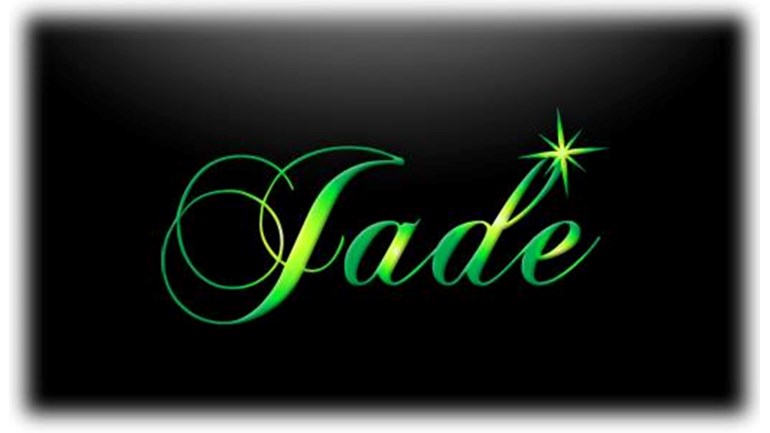 We are raising money for The Jade Room at the QE for Lewisham and Greenwich NHS Trust Charitable fund because it's a place for families of stillborn babies.

We're raising money through a number of events and fundraising activities for The Jade Room at the Queen Elizabeth Hospital. The room is used by people who have lost or who will lose their babies. It is a private place for them to be together and to grieve in private.

We will be holding a charity party in honour of Jade on her 18th Birthday on 7th November 2015. Tickets will be sold for the event and a raffle and auction will be held. More information on all of these can be found on our Facebook Page Jade Courtney Seaman Trust Fund. If you would like to be entered into the raffle as part of any donation made, please email jcstrustfund@aol.co.uk for your free entry.

Please read the story below and donate what you can. All money raised will be used to redecorate the room and to go towards the ongoing maintenance of the room for the years to come.

The story behind Jade's Room - by Kim

In 1997 my partner and I were expecting our first child. The pregnancy was going well until Week 28. I was getting lots of pains so went to hospital to get checked out as I just didn't feel right. I was put on three monitors - as each one was faulty. They said my baby was fine but kept me in overnight as I had a high temperature. The next day they sent me home telling me to go to my GP if I had any problems.

A week later I was in significant pain so went to my GP - who didn't check me out - just told me the pains were "Braxton Hicks and the pain will ease in time". I went home none the wiser - trusting their professional advice.

The next day - 11th November - the pain was worse. As I worked at the hospital I went to work, my partner came with me and we went to the delivery suite to have another check. It was there that we discovered the devastating news our baby had died. I had to walk from there past the office I worked in to the scan room to confirm that my baby had died. I remember my thoughts whilst walking there were "please let there be a mistake, please let the little scan in the delivery suite be wrong". Our world was shattered into pieces when they confirmed our baby had died.

We were devastated. I couldn't believe it had happened. And why today of all days? It was my 25th birthday and history was repeating itself as I was a twin and my twin Kerry had passed away at birth too! We went home as I did not want my baby to be born that day. The hospital arranged for me to go in the next day to be induced. I had to go home and tell my mum the devastating news.

I'd been home about an hour when I knew something was not right and we had to call an ambulance which took us back to the hospital. The delivery suite told me that I was not in labour - the pains were Braxton Hicks still. They gave me gas and air for pain relief and moved me to a private room on the maternity ward.

About an hour later I had the urge to push and was rushed back to the delivery suite - only to be told again that I was not in labour and a doctor was coming to give me an epidural for pain relief and sent back to the ward.

Ten minutes later I had the urge to push and was rushed back to the delivery suite and gave birth to my stillborn daughter Jade Courtney. They told me that as my labour was in my back they didn't realise it was labour.

I'm going to be honest now, Jade Courtney was blessed with all my and my partner's family there, but me...I could not see Jade, as to me it was final - I would never get to see her again. I wanted to remember my daughter kicking in my belly.

As I gave birth to Jade late in the day I could not go home so had to stay at the hospital - on the maternity ward full of babies, in a private room but on the ward. Knowing what was the other side of the door broke my heart - all the new parents with their newborn babies. Me and my partner had to lay there all night listening to all the newborns cry. Devastating is all I can say. No woman should ever have to go through that after the heartbreak of losing their baby. Although I was happy for those new mums I was also jealous.

I went home the next day thinking I never want to go through that again and neither should any other woman. I did explain this to some of the midwives!

When Jade's funeral was arranged we decided to just have Jade's name in flowers and asked everyone else to donate money instead of flowers so that we could give it to the hospital for some new equipment. That's when we decided to start a charity in Jade's memory - the Jade Courtney Seaman Trust Fund. To help us cope with the grief of losing Jade we put all our effort into raising money for charity.

Over a year we raised over £3,000! We bought two resuscitation boxes. Then in 2000 the Director of Midwifery contacted me to asked if they could use the rest of Jade's Charity money for a room at the new hospital - the Queen Elizabeth - a room away from the maternity ward for parents who have lost their baby. I was so happy for them to use the money we had raised for this - such a good cause, no woman should or would go through the additional pain and distress that I, and many other women, had to. They told me that the room would be called The Jade room! I was totally honoured that the room would be named after my daughter.

The room was officially opened on what would have been Jade's 5th Birthday - 11th November 2002.

Over the years many women have used the room - including friends and friends of friends. The feedback I have received on the room has been amazing. Several people have given feedback on the room - how it helped them in their time of need and their testimonies can be seen below.

It is important to keep The Jade room so that no one ever suffers the additional stress and pain that I and many other women did before The Jade Room was available which is why I want to raise more funds to refurbish and maintain it for many years to come.

Thank you for taking time to read my story.

Lewisham and Greenwich NHS Trust Charitable fund supports the hospitals with the Trust. Money kindly donated is used to purchase additional equipment and enhance the environment within the hospitals for patients, staff and visitors. This benefits patients from across South East London and Kent