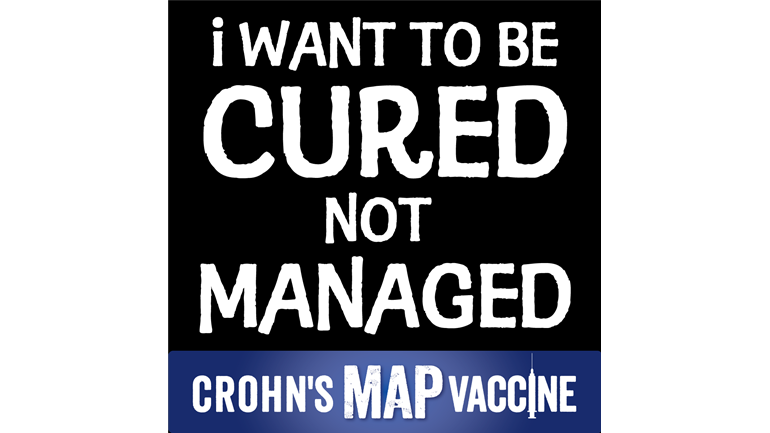 King's College London is one of the world's top 25 universities. It conducts world-changing research in a variety of areas including: cancer, stroke, Alzheimer's, conflict resolution and the environment. It also educates nearly 20,000 students, inspiring them to become the next generation of leaders, both in the UK and overseas. Only one third of the College's income comes from the Government - charitable donations are vital to its work. King's College London has charitable status under the Charities Act 1993.

This is not a sponsored run or swim; it is a sponsored exposure of my "hidden" condition.

I am going to tell you about my life with Crohns.

On 14th February 1989 I was rushed to hospital in the middle of the night, very ill and having lost over a stone in weight over just two weeks. For the next few days specialists puzzled over what was wrong with me. Had I picked up something on a recent skiing trip? Had I come into contact with someone with some tropical disease. Experts were consulted, tests were done and drugs were tried. This all culminated in a trip to nuclear medicine - where, even a girl who had never done biology, recognised the highlighted shape of a very diseased large intestine.

I was diagnosed with ulcerative colitis and the doctors told me I needed an operation but I was in so much pain I didn't mind. The operation went ahead but I felt no better and a few days later after more complications I had another operation. By then I was so weak I spent a while in intensive care and had to be fed intravenously. I later learned that I had been over eight hours on the operating table and had nearly died.

Then followed a long four months in hospital and almost weekly excitements - I had a DVT because I had been immobile for so long and I even managed to react to blood when they tried to give me some to boost my flagging reserves.

Eventually I left the hospital into the care of my Mum who was an absolute angel - she relished to idea of feeding me until I was back to my normal weight. After nine months off work I did recover (obviously) and returned to the real world to live a normal life.

I soon began to cope with my situation and everything was under control until about 2004. Then I began to get ill periodically. I would have terrible pain in my abdomen and could not keep anything down, dehydration became a real issue and several times I ended up in A&E for a few days on a drip. This even happened in Germany one year ruining several people's holiday.

A couple of years ago an astute consultant decided to investigate further and after several MRI scans and other uncomfortable examinations I was rediagnosed with Crohn's disease.

I have recently had a couple of nasty abscesses and my body seems to be fighting a battle with all sorts of bad bacteria in general. I am on an immunosuppressant tablet which seems to be holding most things under control and allowing me a slightly more healthy diet but for how long?

However there does appear to be a light at the end of the tunnel, a wonderful doctor has been researching the cause of Crohn's for many years and as well as finding the culprit it looks as though there is also a cure. Right now it is ready to be tested and we need to be able to raise enough to begin the trials.

And this is where you come in…

Donating through JustGiving is simple, fast and totally secure. Your details are safe with JustGiving – they’ll never sell them on or send unwanted emails. Once you donate, they’ll send your money directly to the hospital. So it’s the most efficient way to donate – saving time and cutting costs for the charity.

I have never done anything like this before - it should be easy to ask for help with a disease I have - but it isn't - it feels weird!

There are people who have a much worse time of it than me and even poor children who suffer terribly, so even if my story isn't enough please think of them.

You can find out more about Crohn's and the vaccine on crohnsmapvaccine.com

King's College London is one of the world's top 25 universities. It conducts world-changing research in a variety of areas including: cancer, stroke, Alzheimer's, conflict resolution and the environment. It also educates nearly 20,000 students, inspiring them to become the next generation of leaders, both in the UK and overseas. Only one third of the College's income comes from the Government - charitable donations are vital to its work. King's College London has charitable status under the Charities Act 1993.