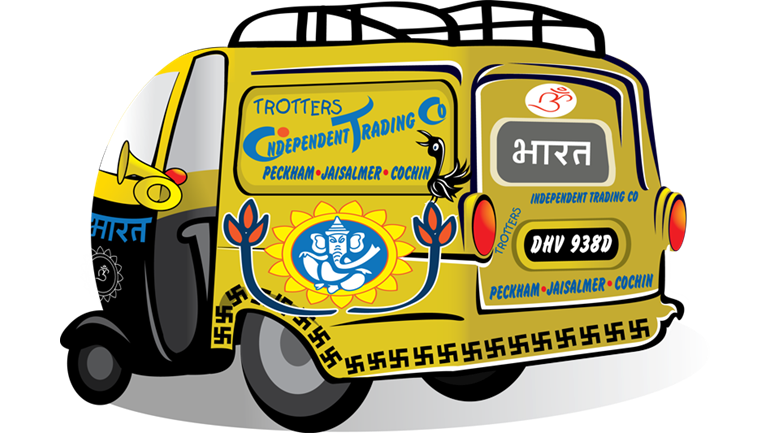 driving a motorised rickshaw 3500km across India for St Christopher's Hospice because they do great work (thetouringtrotters.com)

From 01 - 14 January 2014, Jodie, Claire and Erica (plus perhaps one to-be-decided other) will be riding a motorised rickshaw (a.k.a 'a tuk tuk') 3500km (ish) across India from Jaisalmer, Rajasthan to Cochin, Kerala. There is no fixed route and the ride is completely unsupported.

The Adventurists, the organisers of the Rickshaw Run, say the following -

'(a) 3,500km pan-Indian adventure in a 7 horsepower glorified lawnmower. The Rickshaw Run is easily the least sensible thing to do with two weeks.' So we thought it would be a wonderful way to kick-off 2014!'

We are covering all our participation fees for the run.

As we all now proudly call lovely Peckham our home (and this is where Claire and Jodie met Erica), our Rickshaw Run will have a decidedly SE15 flavour. Our team name and our rickshaw’s paintjob honour that other three-wheeler to have emerged from the streets of Peckham: the Robin Reliant of Only Fools and Horses fame.

So, with cries of ‘(S)he who dares wins’, we’ll be setting off with less speed and great haste on New Year’s Day 2014 from an ancient fort in the desert city of Jaisalmer in a rickshaw painted to resemble a Robin Reliant and dressed up as Del Boy, Rodney and Uncle Albert (but who’s who?). Think of us as you’re nursing your hangovers, tucking into your roast lunches or setting off for a leisurely hike across crisp green rolling English hills.

We will certainly look like plonkers, but for those 14 days, the world will be our lobster.

We have already raised our target amount for the official Rickshaw Run charity, Cool Earth, and are now concentrating all our efforts on our chosen cause, St Christopher's Hospice, which provides palliative care to terminally ill patients in south east London.

Claire encountered St Christopher’s Hospice while working in the Emergency Department at King’s College Hospital. We all agreed that the hospice would be a truly worthy charity for us to support.

Please give generously. We are covering all our own costs, so every penny you donate will go directly to the hospice.

Every year we provide care and support to over 6,500 people across South East London, both at home and in the hospice. We passionately believe that everyone should have access to the best care at the end of their lives. We need to fundraise £15 million each year to continue our services