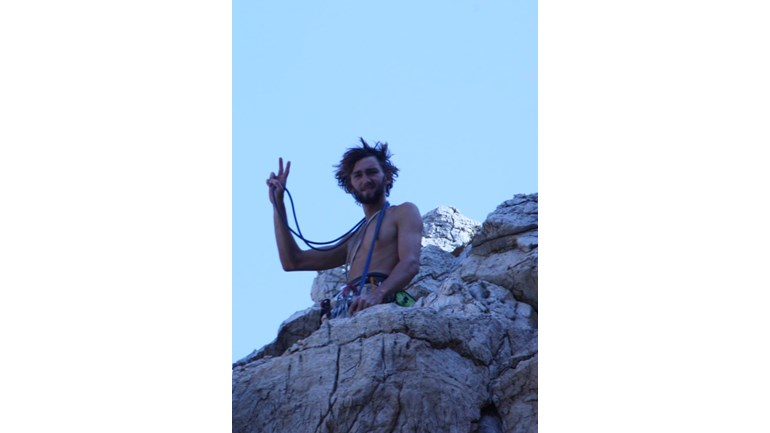 I am running the London Marathon for Llanberis Mountain Rescue Team because they devote their spare time to keep others safe.

I’m going to attempt the London Marathon in memory of Jack Snowden, and raise money for the Llanberis Mountain Rescue Team.

Jack was a keen adventurer and talented rock climber and truly lived life to the full, accomplishing more in his 22 years than most do in a lifetime. His love for life and general happiness were no doubt some of the reasons he was so popular.

Sadly, Jack passed away in a tragic accident in 2015. His family wish to support Llanberis Mountain Rescue Team, a charity close to their hearts, in memory of Jack.

This is my first ever marathon attempt and I’m slightly terrified! But knowing that I’m doing it for such a great cause will hopefully get me through those last few miles on the big day.

Please help me get through my arduous training program, let alone the race itself, by donating to this worthwhile cause in memory of Jack.

The Llanberis Mountain Rescue Team (MRT) is an entirely voluntary organisation with the simple aim to help those in need in the mountains around Snowdon. The team needs £30,000 a year to stay fully operational.

Incidents can vary from a twisted ankle on easy paths, to serious accidents on cliffs and steep ground. Depending on conditions, seriousness and location, the MRT’s response may range from a few members of the team to support from a search and rescue helicopter.

Being the highest mountain in England and Wales, Snowdon draws in 700,000 visitors each year. As the popularity of mountain walking and mountaineering continues to grow, so does the number of incidents in the mountains. As a result, the team deals with nearly 200 incidents each year and the running costs are ever increasing.

The Llanberis MRT is made up of around 60 volunteer members. Each volunteer has a good level of mountaineering experience in Snowdonia in both summer and winter conditions.

Llanberis MRT is one of the busiest in the UK with an annual callout rate of over 220 incidents. Based in and around the Snowdon area the team is made up of about 50 volunteers from all walks of life who are all experienced mountaineers. As a registered charity we rely entirely on your donations.

Charity Registration No. 513913
Find out more about charity fundraising