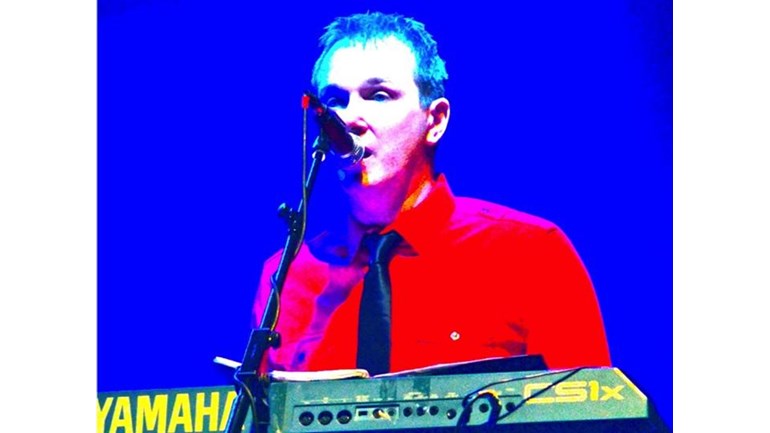 In March 2014 I was admitted to hospital with a high temperature and vomiting. This was diagnosed by doctors at the Queen Elizabeth Hospital Birmingham as Influenza A. My breathing became difficult and I had to be ventilated. Pneumonia to both lungs followed along with Bocavirus, liver failure and kidney failure. I was in  the Intensive Care Unit and in bad way. I was put into an induced coma and a Tracheotomy was carried out as my oxygen intake was poor.

My wife and children were told I would not survive the next two hours.The only path available was a very risky one, and even then, the chances of survival were slim… After a complicated assessment, the ECMO team at Leicester's Glenfield Hospital agreed to take me in as an emergency patient and try their best to stabilise me within their Intensive Care Unit.

The next few weeks saw me intubated, ventilated, on kidney dialysis, fed through my nose, consecutive blood transfusions, and two sessions of ECMO. I suffered a cardiac arrest, being revived by CPR… and then a stroke… but the incredible ECMO team under the direction of Dr Richard Porter never gave up, even in the darkest of hours... and without any shadow of doubt these amazing people brought me from the brink of death.

When stabilised I was transferred to Intensive Care at Warwick Hospital, and finally to Leamington Rehab Hospital where they helped me regain use of my limbs, regain some of the weight I had lost, rebuild muscle mass and I had to learn to walk again.

Everyone involved who helped me survive this terrible 6 month ordeal has been fantastic and I am so unbelievably grateful to them. The ECMO treatment I received at Glenfield Hospital in Leicester was crucial in keeping me alive and has saved the lives of so many adults, children and babies who, without this, would certainly not be alive today.

Please, please help me and my family raise some money to help fund the lifesaving treatment that Leicester's Specialist Hospitals provide for people like me who had little or no hope of survival. Please give whatever you can through JustGiving and you can be sure that the money goes to where it is needed.

ECMO is used when a patient has a critical condition which prevents the lungs or heart from working normally.  The ECMO machine is very similar to heart and lung machines used during open-heart surgery.  It is a supportive measure that uses an artificial lung (the membrane) to oxygenate the blood outside the body (extracorporeal).

The main advantage of ECMO is that it can maintain the supply of oxygen to the body while resting the lungs.  As well as an oxygenator (or artificial lung) the ECMO circuit relies on a motor to pump the blood around.  This means that the pumping ability of the ECMO machine can also provide support for reversible heart disorders when required.

Traditionally patients with lung injury are treated on a ventilator.  A ventilator pushes oxygen into the patient’s lungs.  If the lungs are badly damaged, high pressures and high levels of oxygen are required to maintain the oxygen levels in the blood.  High pressure and high oxygen levels in themselves cause lung damage, so the injured lung becomes more damaged and the pressure needs to be increased further which causes yet more damage.  ECMO breaks this cycle and allows the lungs to be rested while the body heals the damage.  This is similar to the way that a plaster cast supports a broken arm whilst the bone repairs.  Remember: ECMO does little to heal the underlying condition, it only provides support for healing to occur.

The main risk during ECMO treatment is bleeding.  When blood is removed from the body and pumped through plastic tubing it tries to clot.  To prevent this, a blood-thinning drug called Heparin is used.  Unfortunately this may cause bleeding.  Although bleeding can occur in any part of the body, it is most serious when it occurs in the brain and often results in death.  The risk of bleeding is increased if a surgical operation is required as part of the treatment whilst on ECMO.

Anybody receiving ECMO will require transfusions of blood and clotting factors.  As with any blood transfusion, there is always a (very low) risk of a blood reaction, as well as a risk of transmission of blood borne infections such as HIV.  The blood used from the blood bank is screened for infections.  However, there remains a small risk that such a disease could be acquired.

"We are committed to providing the best possible facilities and environment for our patients, visitors and staff and with your help we are able to do just that.  We use money donated to the charity to improve patient areas and also invest heavily in state-of-the-art equipment to diagnose and treat our patients.

The Trust receives Government funding for healthcare but there is always so much more that we can do. That’s where you come in!  Thanks to generous donations from the public and local businesses we are able to raise much needed funds and support the work of the Trust, enabling us to provide life-saving services to many patients who come to us from across the UK for specialist treatment."