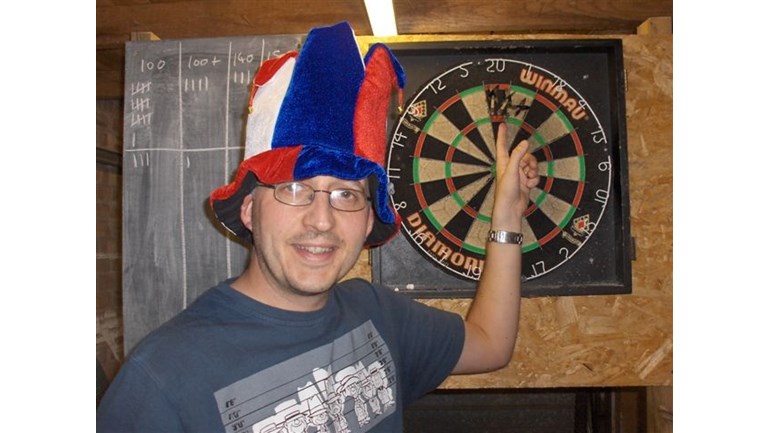 Jonathan (Nifty) Cornell died at the young age of 40 in May 2011 after a 2 year battle against bowel cancer. In his last month he spent time in Arthur Rank House who did a fantastic job of caring for him and also supported him to acheive his wish of dying peacefully at home.

While unable to work due to the side effects of his treatments Jonathan raised money for several charities, organizing events to keep him busy but he wanted the donations from his funeral to go to Arthur Rank House a charity he had not raised money for before but saw first hand what an important role they play. An amazing turnout on the day of over 400 mourners led to people being squeezed in to every part of the church as well as standing outside, it also resulted in a fantastic sum of £2,180.00 being raised for Arthur Rank and is the start of Jonathan’s Primrose Tribute Fund, a fund that friends and family will add to over the years to continue to raise money in Jonathan’s name. I will do my best to update this section with details of events and the money raised by them.

I am sure many of you would have brought Jon a pint if you saw him in the club/pub, why not donate the money to Arthur Rank on his behalf as I am sure the pints are now free for him in that great pub in the sky x

£500.00 was donated by Lode FC following the fantastic football match, Lode FC V Tottenham Hotspurs Legends Team and £20.00 was raised the same day by the WI Tombola stall, thanks to all involved.

A night of Soul & more at Lode Social Club on 17 September 2011 raised £1,156.53. A massive thanks to the main organiser Paul Bennett and all those involved in raising such a fantastic amount.

The first Jonathan "Nifty" Cornell Memorial Shield, Darts Competition was help on 17th March 2012, organised by his fellow Lode darts team mates managed to raise over £1600.00 a fantastic effort, and I would like to say thank you to all those involved.

The Jonathan "Nifty" Cornell Memorial Shield Darts Competition was held again at the start of 2014, well done to Martin Bond the winner of the night, £186.00 was raised, thanks to all those involved.

One of our friends is running a marathon in May 2014 to raise more funds for Jon's Primrose Fund to support Arthur Rank and their great work- she can be sponsored on her own just giving page- www.justgiving.com/Jo-Heesom Good luck Jo :)

Arthur Rank Hospice supports people Cambridgeshire living with an advanced serious illness or a life-limiting condition and those who need end-of-life care. It will cost £8.66 million this financial year to operate our services, which are free of charge to patients and their loved ones.