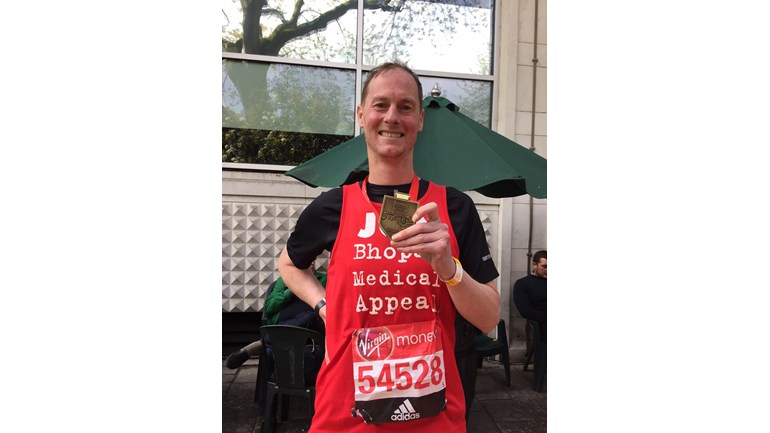 Fundraising for The Bhopal Medical Appeal

I am privileged to have been selected by the Bhopal Medical Appeal to be their first ever and sole official representative at the 2017 London Marathon. This is not just a charity that I've randomly sought out so I can run the London Marathon though - this is a charity I've long felt close to.

The Bhopal story had a significant effect on me. I read Five Past Midnight in Bhopal over a decade ago but, in addition to the scale of the tragedy itself, it is symbolic of far too many similar disasters that still make it very  prescient. Almost 30 years after the Bhopal disaster the Rana Plaza collapse in Bangladesh highlighted how  many issues that Bhopal first flagged are still just as relevant today.

My fund raising target is £2,000 but I hope to comfortably exceed that. In addition to running the London Marathon for Bhopal I'll be running the Birmingham Marathon in October 2017 and this page can be considered a fund raiser for both marathons. I hope to keep a blog of my training and the event itself which I'll record here

The Bhopal disaster was the world's worst industrial accident and is still affecting thousands of lives to this day. It is estimated that 25,000 people have died because of this and tens of thousands more continue to suffer. 31 years on and the toxic waste in the pesticide factory has not been cleaned up nor has Union Carbide or Dow Chemicals owned up to their responsibility. This means that toxic materials continue to pour into the local water supply and contaminate the earth causing a second tragedy to befall these people.

Here's an idea of where your money will go:

£50 provides special education to SEVEN children for a month

£150 funds a community health worker for one month

£500 helps trains an entire community in how to prevent TB

Thanks for your donation - please find out more about the Bhopal Disaster and the good work that the medical appeal continues to undertake here: http://www.bhopal.org/

The Bhopal Medical Appeal funds two clinics giving free treatment to survivors of the 1984 Bhopal Disaster (the World’s worst industrial disaster). It also treats thousands of people who are being slowly poisoned by drinking water contaminated with chemicals never cleared-up from the disaster site.