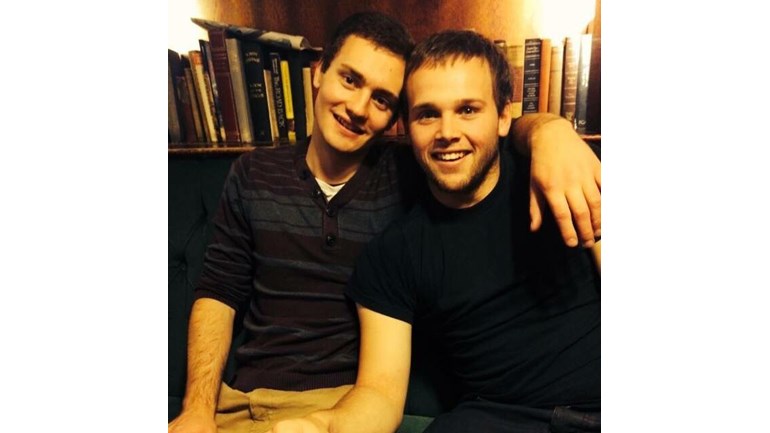 3 Peaks Challenge complete in 22.5 hours and Dali Day raised 4000 pounds so far with donations still coming in!
In August 2016 I lost my best friend to a car accident whilst he was on holiday with his girlfriend in France. Dali (Matthew Daldorph) was a trainee doctor having just completed his 5th year at university, he was on the right track to being something special in the medical sector. Immediately after his death I realised just how lucky we were to live in a community of such kind caring people everyone was so good to all affected by his loss and this proved just how amazing an individual he was. Between myself my brother Jacob and a couple of other friends with a massive help from Wirksworth and Middleton Cricket Club we have been organising a memorial day that will be known as Dali Day the day will consist of two cricket matches, a BBQ, some childrens activities and also a small gig of local bands on the balcony this takes place on Sunday 16th of July 2017 at Wirksworth Cricket Club

In addition to this day I wanted to do something where I can say I did that for Dali. So I shall be undertaking what will be the most physically and mentally demanding challenge I have ever faced, 25 miles of walking, over 3500 metres of altitude (that's just going up), 462 miles driving over nearly 10 hours and all of this is to be completed within 24 hours, my challenge will start sometime in the morning of Friday the 14th of July and end in the morning of Saturday the 15th of July giving me a day to recover before Dali Day. I chose this above other things because for years when we were younger we would spend hours and hours out in the fields and on the hills around where we live and the outdoors is always the place that I'll remember Dali the best.

The Three Peaks... Ben Nevis, Scafell Pike and Mount Snowdon, Nevis is the starting point of this epic adventure at 1345 metres tall it is the biggest of the three, the next is Scafell Pike in the Lake district this is the smallest of the three sitting at 978 metres however don't let that fool you this can be a hell of a hill to climb with the weather systems hard to judge, and the third and final Mount Snowdon with a multitude of routes up this gargantuan hill sat at 1085 metres above sea level this will be the cherry on top after already scaling and descending 4646 metres of Mountain.

Through talks with Dali's Mum and Dad we decided that the charity we would raise for would be the air ambulance service, this charity is one that we can see being put to good use on a frequent basis around where we live because ambulance access by road isn't always a good option. this service gives people the opportunity to be in the hospital sometimes 10s of minutes faster than an ambulance meaning they get the necessary treatment that could save a life

We operate the local air ambulances for Warwickshire, Northamptonshire, Derbyshire, Leicestershire and Rutland, as well as the national Children's Air Ambulance.