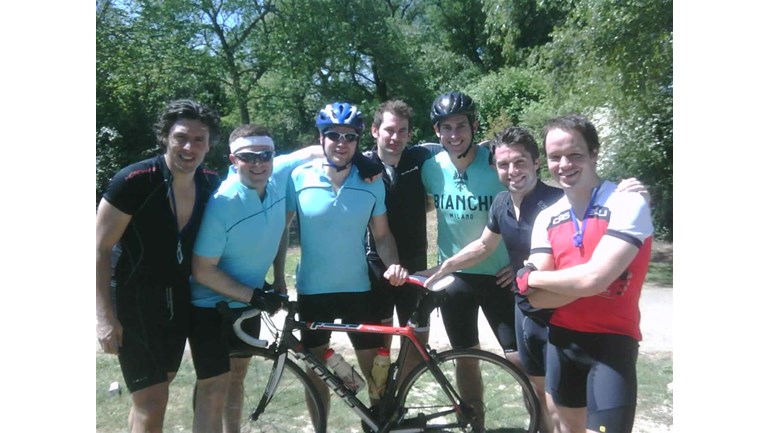 We fund equipment, research and facilities to support patients across our hospitals

On July 18th, 2010, some 9,000 cyclists will line up for the start of the annual Etape. The majority will be experienced professionals or club cyclists who train all year to take on one of the most gruelling stages of the Tour De France - the same course the pros tackle three days later. But as few as half will make it - the rest either give up or are ordered to stop as they fall too far behind.
It is 100 years since the Pyrenees were first in the Tour  and it was expected that the Etape organisers would want to make it tough. But no one realised just how tough. The stage from Pau to Tourmalet retraces much of the route of the inaugural stage in 1910 in which Octave Lapize was the first man to scale the top of the Tourmalet mountain, where he turned to the organisers and screamed: "Vous etes des assassins! Oui, des assassins!" And this is why:
Some 180 lung-bursting kms in the scorching heat and rarified air of the Pyrenees await the brave 13 - Charlie Starmer-Smith, Jeremy Lacey, Tim Lacey, Jon Lacey, Edward Jennings, Ross Jennings, Piers Michell, Mark Turner, Edward David, John Mackenzie, Alex Bennett, Sam Johnson-Hill and James Brodie - half of which is uphill. We'll climb 4100 metres in vertical height - that's three times the height of Ben Nevis. There are three giant thigh-burning climbs, some as long as 21km and with gradients of up to 14 per cent as we wind through the mountains, rooted to our saddles for up to ten hours.
Perfect then for 13 entirely amateur, and in most cases, novice cyclists to sign up for (See www.telegraph.co.uk/travel/ to read more) But that is the great challenge we face and my brother would not have had it any other way. Had he still been around he would have no doubt been climbing those hills like an experienced pro, such an athlete he was. But that's the thing with cancer - it has no respect for health, it makes no allowances for fitness, it cares nothing for how much a person enriches other people's lives. For if it did my brother would still be around today.
After a brave fight against the T-Cell lymphoma strain of cancer, Jules died in May 2001. For our family it was doubly tough as my sister died from an unrelated rare blood disorder a decade before.
My parents set up the Julian Starmer-Smith Lymphoma Fund to make sure that other families do not have to go through what we have done. Not enough is known about T-Cell Lymphoma which affects some 12,000 people in the UK every year. A team of expert scientists in Oxford, led by Chris Hatton, are already making great strides but they need more funding to continue their criticial research into this terrible disease.
So as we reach the foot of the legendary Tourmalet mountain for the last, long murderous climb of the day, it will be the memory of my brother and the great work being done in his name that will make sure we reach the summit.
Any donation, however small, will be so greatly appreciated.

The Fund continues to support Dr Charles Lawrie, Starmer-Smith post-doctoral fellow. Dr Lawrie's group continues to be successful generating a number of publications and has had productive collaborations with other scientific groups both in the UK and overseas.

Since the beginning of 2009, the Fund has supported a research assistant within Dr Karen Pulford’s  Lymphoma Antigens Programme. He works in colon July 18th, 2010aboration with the international Children's Oncology Group and the European Inter-Group Committee on non-Hodgkin's lymphomas and the aim is to identify high-risk patients. This support will continue until the end of February 2010.

The Fund continues to part support Bridget Watson, a Research Administrator and part funds a lymphoma tissue banker. Both of these posts play an essential part in supporting the clinical and research programmes.

The Fund has provided two one-off payments – one for a -80°C freezer, essential for storage of tissue and blood that is used for research, and the other to pay for consumables for Dr Andy Campbell in Dr Alison Banham’s Haemato-oncology group who is supported by the BRC and a Sturdy Fellowship to investigate the role of the FOXP2 transcription factor in multiple myeloma. Only salary support was provided and support for consumables was needed to cover the cost of his experimental work. Previous support for Dr Campbell has already led to two publications that acknowledge his support from the Starmer-Smith Fund.

It has also been possible to provide support for our Clinical Trial Co-ordinator to attend a course on effective project management.

Oxford Hospitals Charity helps transform our local hospitals - the Oxford Children's Hospital, John Radcliffe, Horton General, Churchill and NOC - funding the latest medical equipment, research and facilities.Thank you so much for your amazing support. Find out more at www.hospitalcharity.co.uk