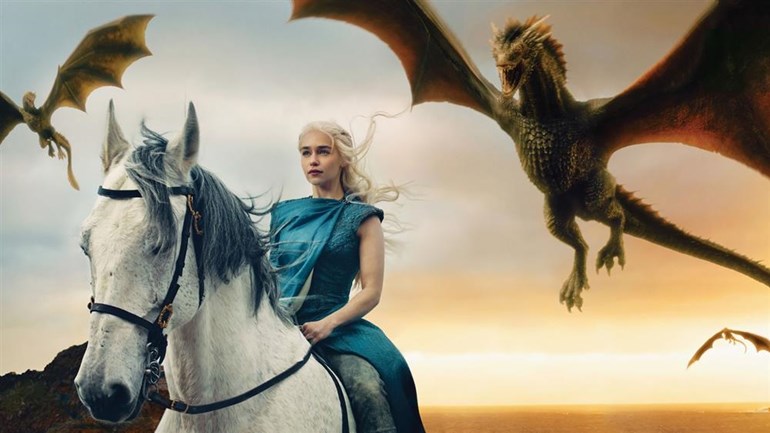 Honouring Emilia Clarke & her battle through 2 brain aneurysms to bring us Daenerys Stormborn of House Targaryen, one of the most iconic characters in TV history. #ThankYouEmilia #WeStandByDaenerys

We started SameYou with Emilia Clarke to improve brain injury recovery for all.

UPDATE 14th August 2019: I've just got word that the INDOMITABLE Lindsay Ellis has mentioned our fundraiser in the second video of her two part series on YouTube dissecting the final season of Game of Thrones. Link here: youtu.be/BGr0NRx3TKU. If you don't know Lindsay, do NOT miss her channel. She is an amazing film critic and video essayist, and her Hobbit Duology has been nominated for a Hugo Award this weekend. Best of luck Lindsay, and thank you so much for the boost!

*** please note that this is a FUNDRAISER for the CHARITY SameYou. Not a “counter petition” nor an “apology” as people have erroneously reported. Please read this article for clarity >>> heavy.com/entertainment/2019/05/emilia-clarke-charity-fundraiser-interview-creator-elle-ellaria ***


On March 21st 2019, weeks before the final season of Game of Thrones was set to air, Emilia Clarke penned a personal essay for the New Yorker. [ link here: tiny.cc/emilia ] In it, she opened up about the serious health struggles she experienced in the early stages of filming for the show, and how she fought through pain, fear and exhaustion to give her all to each performance. Her revelation came as a huge shock; to know that in season 2, while Daenerys was leading her khalasar across the bleak Red Waste and fiercely fighting for her life at the gates of Qarth, Emilia was similarly fighting for hers.

She speaks often of the inspiration and source of strength that Dany has been for her over the past ten years, and she is not alone. Emilia’s incredible Emmy-worthy acting and dedication to her character has inspired thousands and, as each season passed, we fell more and more in love with Dany. We rooted for her through trauma and hardship. We watched her triumph over her enemies and struggle with responsibility of rule. We saw her grapple between the urge for revenge, and the need for justice. And even at the very end, when things took a tragic turn for Daenerys Stormborn, Emilia still made us feel pity for the little girl who only ever wanted to return to her home.

This fundraiser began in r/freefolk, the same subreddit the now-infamous petition originated from. Since the tongue-in-cheek nature of that petition has flown over a lot of peoples' heads, to the point that it's prompted backlash from some of the cast, we wanted to show that Game of Thrones fans appreciate the hard work of the incredible cast & crew despite their constraints. Any disappointment we felt with the conclusion of the series was not in them, but rather in the potential that was lost due to the rushed pace of storytelling.

And so, as a gesture of love and support from the fandom to the entire cast & crew - but also particularly to the woman who poured her very soul into her character, who delivered passionate speeches in High Valyrian and Dothraki in between questioning her very mortality, and inspired so many of us with her resilience -  I am setting up this page as a public support of her charity, SameYou.

#ThankYouEmilia for bringing Daenerys to life. Thank you Lena, Nikolaj, Peter, Gwendoline, Jacob, Nathalie, Alfie, Kit, Sophie, Maisie, Isaac, Liam, Iain, Conleth, Kristofer, Pilou, Rory and the rest of the cast. Thank you to all the crew, the special effects departments and set designers, costume designers and casting, musicians and technicians, the camera crew, the stunt co-ordinators, the long list of people who've devoted themselves to giving everything they could to lift this juggernaut of a series to its lofty levels of success and attention. You all deserve to be recognised. Thank you.


"Do you know what kept me standing through all those years in exile? Faith. Not in any gods. Not in myths and legends. In myself. In Daenerys Targaryen."

SameYou works to increase the provision of immediate rehabilitation for young adults after leaving hospital and to facilitate an improvement in specialist nurse training, fund clinical research and develop evidence for policy change. Click the link to visit the website and find out more ➡️ sameyou.org/about


Donations made through Just Giving go directly to SameYou.


Other worthy causes you may wish to donate to:

1 in 3 people will have an acquired brain injury at some point in their lives. We want to improve brain injury recovery after you leave hospital by funding essential services that look after your brain, body and mind.

Charity Registration No. 1170102
Find out more about charity fundraising