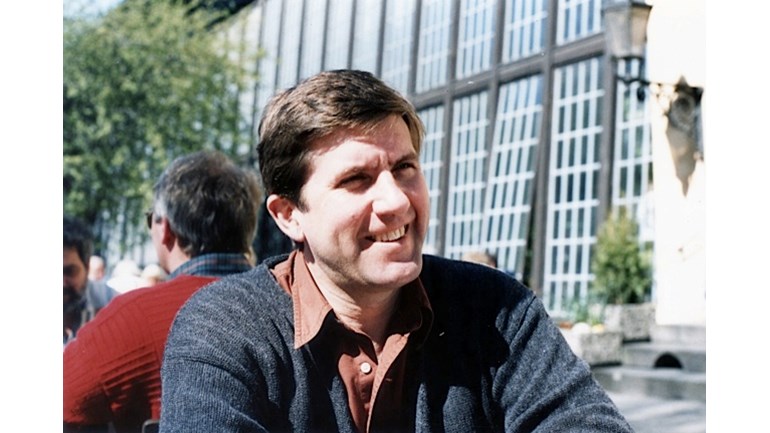 What happened to Mick Mason?

70-year old Michael (Mick) Mason was cycling home on Regent Street on the evening of 25th February 2014, when he was hit by a car. He died from his injuries on 14th March.

Mick was apparently riding correctly, with fully functioning bike lights on a well-lit street. Other witnesses had no difficulty seeing him. The driver admitted at inquest that she couldn’t explain her failure to see him, even though he was directly in front of her when she ran into him.

Yet the police confirmed that they hadn't even passed the file to the Crown Prosecution Service.

Although the police did not break any rules when they failed to consult the CPS on the decision not to charge, their action went against charging guidance.

The Cyclists' Defence Fund (CDF) is providing funding to help Mick’s family secure justice. His daughter, Anna Tatton-Brown, instructed Martin Porter QC to write formally to the Metropolitan Police Professional Standards Board and Crown Prosecution Service asking them either to take up the prosecution or to explain their reasons for not doing so.

The Professional Standards Board upheld the original decision not to pass the case to the CPS stating the rationale outlined in the Investigating Officer’s report.

The report stated that there was a  genuine belief that insufficient evidence existed that would support sending a charging advice file to the CPS. It cited as areas which support the rationale for this decision the fact that Mick Mason was wearing dark clothing, the collision having taken place during hours of darkness; and not wearing a cycle helmet, the cause of death being head injury.

CDF believes the suggestion that the chances of a guilty verdict are somehow lessened because Mick wasn't wearing hi-viz clothing or a helmet is legally irrelevant and should have no bearing on the charging decision. Such statements are also tantamount to victim blaming.

The CPS declined to request the police to refer the case to them.

Martin Porter QC advised Mick's family to pursue a private prosecution as the only means of securing justice.

In response to donations received, Mick's daughter Anna said: “As a family, it has moved us greatly that so many people not only share our feelings about this injustice, but have also been giving so generously to help us fight it. As a modest and unassuming man, Mick would have been overwhelmed by this.”

In anticipation of this and of other possible legal challenges, CDF is calling on supporters to donate to support the proper administration of justice for cycling and cyclists. Please give what you can.

On the day of the vigil, the Metropolitan Police announced that they would pass Mick's case file to the CPS to review the charging decision, but they rescinded this decision a few days later. The first Mick's family and their legal representation learned about the Met’s sudden reversal was via a circular sent to the media which stated: “We have previously stated that the below matter was referred to the Director of Public Prosecutions.This is incorrect. No referral has been made.”

Unfortunately, we cannot go into great detail about the case at this stage, but we can say that the preparation for the prosecution is moving apace and heading into the final phases. We will update you again soon when we have more information. We are sorry that we cannot give out more details and hope you understand that this is because we do not want to jeopardise the case in any way.

You may have noticed that we are now appealing for £75,000 rather than the original £30,000. This is because the lawyers carrying out the prosecution have increased their estimate of how much the prosecution could cost due to the complex nature of the case. We need to raise enough funds to ensure we can carry the case through to trial, hence the reason for increasing the appeal. Thank you for your understanding.

Thanks to the incredible generosity of over 2000 members and supporters we reached our fundraising target. That enabled CDF, in August 2016, to commence a private prosecution of the driver involved in the collision which led to Mick's death.

Gail Purcell was summoned to court for causing Mick's death by careless driving. She pleaded not guilty and the case was listed for trial at the Old Bailey earlier this month.

After all the prosecution (CDF) evidence had been heard, Ms Purcell's barrister made an application to the Judge for the case to be dismissed on the basis that she did not have a case to answer. The Judge disagreed, dismissed that application, and indicated that the case had to be put to the jury. That decision was crucially important, as it recognised that this was a case properly brought to court and which needed to be determined by a jury.

The following day the jury acquitted Ms Purcell. Whilst both Mick's family and CDF were disappointed with that verdict, we remain convinced that we were right to prosecute this case. Mick's daughter Anna Tatton-Brown indicated after the trial, that notwithstanding the jury's decision, the family drew some comfort from the fact that the evidence was finally put to a jury, something which should have happened much sooner, and without the need for CDF intervention.

There is a link to Cycling UK's press release following the trial here http://bit.ly/2pisyK4 and a link to a blog written by Cycling UK's senior road safety officer and CDF co-ordinator Duncan Dollimore here http://bit.ly/2oYdhgu. Duncan's blog explains why CDF prosecuted this case, what evidence was presented in court, and where we go from here with Road Justice campaigning.

Since Duncan's blog was published we have been asked a number of questions about the case, one of which is whether CDF will be seeking permission to appeal the not guilty verdict. We will not be, but we will be posting an article, with a link on this page, explaining why and answering a few other questions. We hope to have that up in the next week.

In the meantime, thanks for everyone's support in this case. The outcome might not have been what many hoped for when they supported CDF to bring this case, but we believe that the prosecution itself has highlighted a number of issues, which are referred to in Duncan's blog , which now need to change.

CTC's Cyclists' Defence Fund raises awareness and understanding of the law relating to cycling in order to encourage and facilitate safe cycling in the UK. CDF provides guidance on the law, researches the effectiveness of the law, and supports cyclists' legal cases.