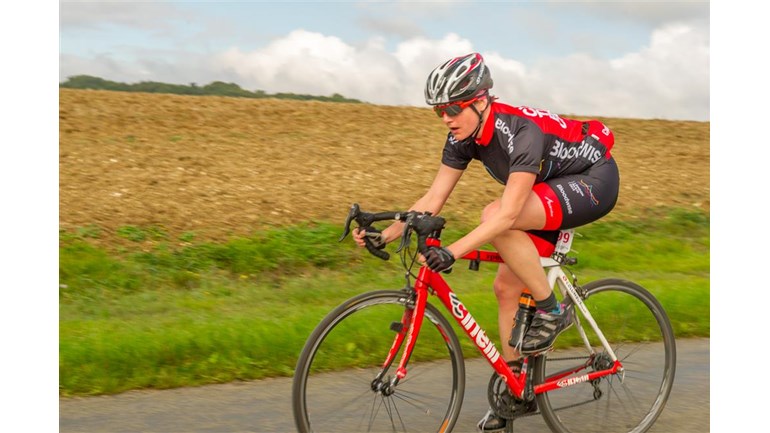 First time I cycled to Paris in 2015, I took it more as a challenge rather than a fundraiser. I was a bit depressed from living in London and training for such a long ride gave me a purpose and helped me sort out my life. The event turned out to be so much more than a physical challenge. In the four days on two wheels I met more awesome people than in the previous three years I had been living in the Capital. People who became my dear friends and have been my friends ever since. Some of them would not be here if it wasn't for the fantastic work Bloodwise (back then known as Leukaemia and Lymphoma Research) has been doing since many years.

I have been raising money to help funding research on all forms of blood cancer ever since, I participated in other event for Bloodwise, such as Blenheim and London Triathlons, various London Bikeathons and London to Paris ride again in 2016, and even though I left the country in 2017, I decided to join the Bloodwise team once again because out joint effort to beat blood cancers is an important thing, and we will not stop until no one dies from these horrible diseases anymore.

Donating through JustGiving is simple, fast and totally secure. Your details are safe with JustGiving - they'll never sell them on or send unwanted emails. Once you donate, they'll send your money directly to the charity. So it's the most efficient way to donate - saving time and cutting costs for the charity. Also, if you are a taxpayer in the UK, do not forget to click on Gift Aid option.

Charity Registration No. 216032
Find out more about charity fundraising