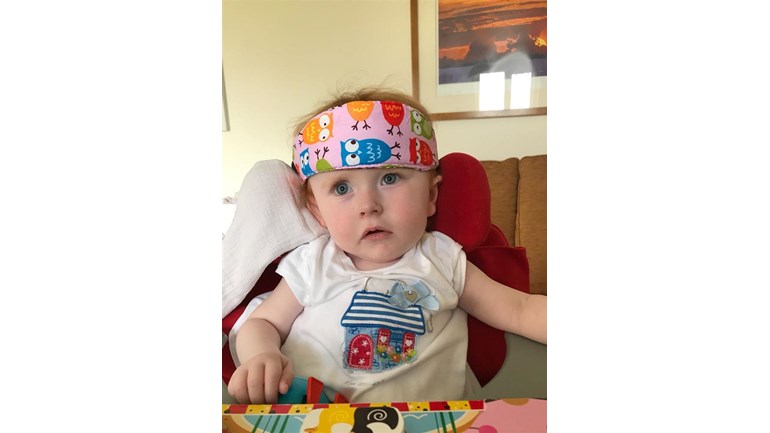 We will be completing the Derby Half Marathon. for ACT for SMA because they provide support when it is most needed.

Grace Elizabeth Sinclair has a very rare genetic disorder called Spinal Muscular Atrophy (SMA) Type 1. This condition affects the nerves responsible for muscle function and there is no cure. SMA causes muscle wastage, and even though Grace has been able to access a new treatment, she will never be able to sit or walk and she has lost the ability to swallow so is PEG fed. There are 4 types of SMA with Type 1 being the most severe. Only 5% of babies with Type 1 reach their second birthday- Grace is currently 21 months old.
When Allyson and Neil, Grace’s parents, received the news of Grace’s diagnosis, Grace was a healthy baby and it was very hard to comprehend the diagnosis and what the future would bring. ACT for SMA were on hand and they ensured they visited the family as soon as possible. They provided a range of equipment free of charge such as an adapted car seat, an adapted pram, a camera, a go-pro camera, a set of fibre optic lights and a range of sensory toys for Grace. They were also on hand to answer any questions Neil and Allyson had about SMA and their future.
ACT for SMA are still on hand to offer support for the Sinclair family whenever they require it.