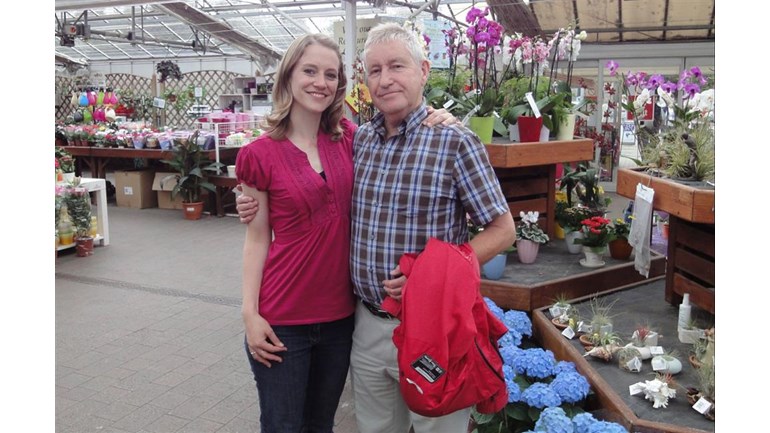 Thank you to everyone who supports the British Heart Foundation by participating in London to Brighton Bike Ride.

Most of you know that my life was changed forever back in 2009, on a quiet street in a residential area of Farnham. I was on maternity leave from my administrative job in a law firm.  As I drove round the corner, I saw a man had collapsed by the side of the road.  He had had a cardiac arrest and urgently needed help.  I was lucky enough to have done a first aid course at work, so I gave him CPR and rescue breaths until the ambulance arrived.  Those simple actions saved his life - they bought him the time he needed until the professionals arrived and he went on to make a full recovery.  And my life would never be the same again.

The man was called Keith Aston.  After he went to hospital, I had no idea what had happened to him - until my mother happened to read the local paper, about 9 months later.  Keith was not only alive and well, but had just cycled 200 miles in aid of the British Heart Foundation.  He did this to in some way, pay back his second chance.  We were put in touch by the paper and quickly became friends.  We resolved to use our experience to positively impact on our community and we set up a British Heart Foundation Heartstart Group, to teach our local community emergency life support skills.  9 years on, the group is thriving and we have trained over 1000 people, some who have gone on to save lives themselves.  Keith and I found a common cause, that became a passion that would shape the direction of both of our lives.  I am now a first aid trainer and believe so strongly that everyone should know what to do in an emergency.

Keith sadly died from a stroke in June last year, whilst once again out on his bike, this time training for the London to Brighton. Our Heartstart Team were devastated.  This year, I'll be doing the ride.  I am riding for a charity that has done so much for us, for our local community and for the general public.  I am riding as a challenge, as I haven't been on a bike in 20 years.  Mostly though, I am riding for Keith.

Please donate if you can, any amount large or small is appreciated.

The BHF has helped halve the number of people dying from heart and circulatory disease in the UK but sadly every day hundreds of people lose their lives. It's only with support from people like us that the BHF can create new treatments and discover new cures. £24 could pay for two hours of research by an early career scientist, but every pound helps.

Thank you to everyone who supports the British Heart Foundation by participating in London to Brighton Bike Ride.