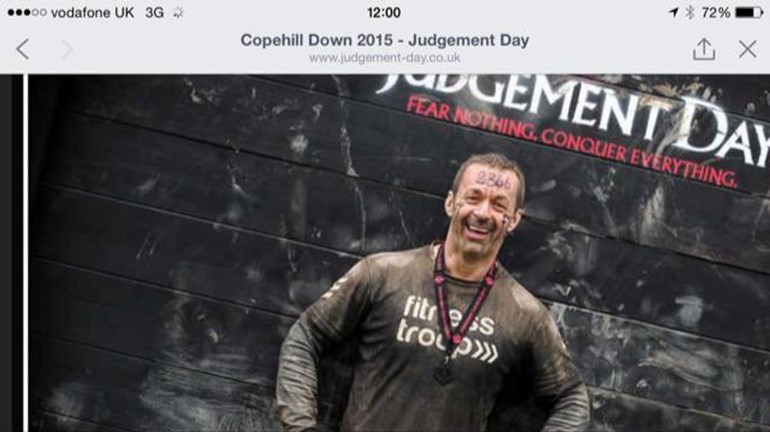 We are raising funds to support the Gloucestershire Branch of the Motor Neurone Disease Association.

Mark Morris, aka The Flower Man,who only turned 50 this past summer, was
diagnosed with this terrifying condition early in 2019, and to say it has been
a shock is an understatement. Prior to April 2019, Mark had been an active
member of Fitness Troop, a Cheltenham based bootcamp class, taking part in
events such as ToughMudder, Devils Mud Run, WolfRun as well as weekly sessions
at our local stadium. Mark is a well known figure in Cheltenham, having owned
and run 2 flower stalls in the town centre as well as a boutique florist, for
the best part of 30 years.

MND has hit Mark and his family and friends hard. It is a
cruel disease with currently not much hope for longevity for any of its
sufferers. By raising awareness and funds, Steph and I want to contribute to
the MND Association and the amazing work they do.

On a personal note, Steph and I have 2 young children each,
5 dogs between us and work in full time careers. Finding the time to do
anything else is quite tough, let alone train for multiple marathons, although
nowhere near as tough as what Mark and his fellow sufferers have to endure.

Back in 2016 we decided to take on the challenge of
completing the 6 Abbots World Major Marathons, which less than 4000 people
globally have managed to achieve. We have so far completed 4 of the 6, raising
thousands of pounds for Alzheimer’s and local children charities, and now hope
to do the same for MND.

Our 5th marathon in the series is on March 1st
in Tokyo. Please contribute what you can as every single pound makes a difference
to the research that the association is doing to help people like our good
friend Mark.