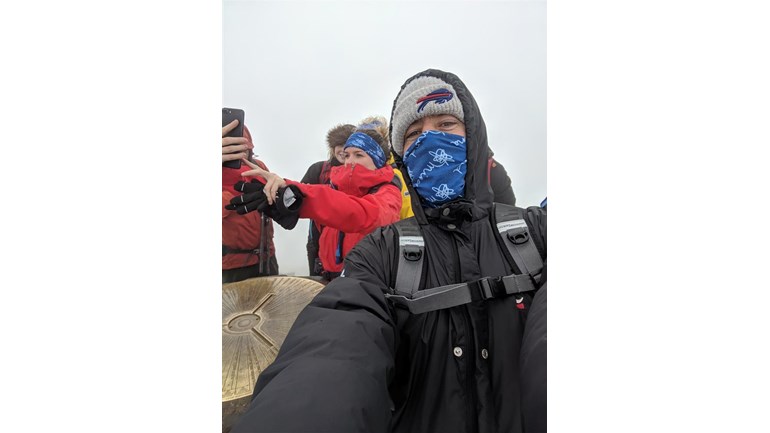 I'm currently on a minibus to Ben Nevis and the beginning of the 3 peaks challenge. I've been asked a few times why I'm doing this for MIND and my response has always been; 'It's a really good charity' or 'It's an important cause', which is all true. The reality is this isn't the reason I chose to do this in the first place, the reality is, it's personal. 15 months ago I was at rock bottom, suffering from depression and at times crippling anxiety that caused panic attacks. For the most part people didn't have a clue, I was exceptional at hiding how I felt, even if the reality was inherently different. My way of dealing with things was by becoming more reckless and self destructive with my behaviour, which on the surface seemed fun and exciting but only increased the underlying issues and pushed the root of the problems even further away from the surface. All this did was ruin relationships, risk friendship's and destroy my mental health.

My biggest issue revolved around the relationship with my now 7 year old son who lives thousands of miles away from me. A relationship that I was desperate for but is sadly not the day to day reality and I've had to accept this won't change until he is older. I didn't speak to anyone about what was happening, I didn't tell my best friend, who I've known for 20+ years until he was 5 years old that he existed. I was fearful of showing weakness, I was scared of being judged, I dreaded the thought of it happening all over again if I had another child.

Eventually all the pent up emotion exploded. I was a wreck, the depression felt constant and the anxiety was unbearable. I was lucky enough to have a friend who was there when I really needed them for this all to spill out, talk me off the ledge so to speak. A lot of people are not this lucky. Charities like MIND are that friend for others that I'm lucky enough to have, even for those that do have those friends, sometimes it's opening up to a stranger that they need instead. MIND is both of these, a friend, a stranger and a lot more.

Mental health may not be a cause that everyone can understand or feel they can get behind because it's not something they've experienced themselves or know someone close to them that has. If that is you I just ask you to be accepting of something that is a huge issue affecting millions of people around the world and it's often impacting the people you least expect.

So now you know. This is why I chose MIND to do this challenge for. I will happily talk to anyone about my experience, openly or in confidence. Talking is the best thing any of us can do. The reason I'm posting this is because It may just help one person, and that's all it needs to help. I have never felt so positive about life and as open as I am today.

I would love for you to donate to MIND but if you don't then please donate to a cause that you really care about instead.

Here is the challenge I'll be completing - https://www.charitychallenge.com/challenge/72/National-Three-Peaks-Challenge

Charity Registration No. 219830
Find out more about charity fundraising