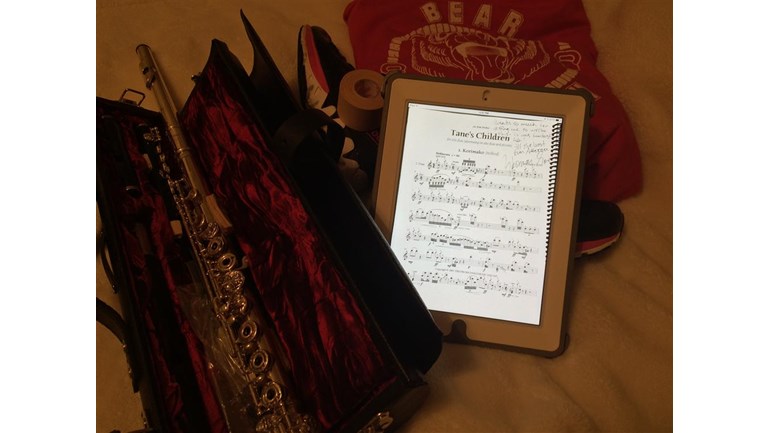 Inspired by Caitriona Balfe, actress on my favorite TV show - Outlander - on March 21, my challenge begins.  Actually, it's already begun.  I've started training to get in better shape and to do back to back 5k walks in March (please see my other page for MyPeakChallenge - https://www.justgiving.com/Kim-Hickey-mypeakchallenge).  I've also begun practicing for a series of concerts I'll be giving on a trip to Glasgow in May and June - Old, New, Borrowed and Blue (#onbb).

March 21 will be my second 5k walk and the first preview performance of #onbb.  This will take place at Trinity Episcopal Church on Jackson Avenue in New Orleans, during their annual Bach Around the Clock 29 hour marathon of music and dance.

On April 12, I will do a longer program at Trinity as part of the Trinity Artist Series at 5 pm.  On Monday April 27, I will also perform at the Marigny Opera House on St. Ferdinand.  Donations will be accepted at all performances.

The "BIG" program info for Scotland is here as well as information about donation incentives (pressies!)

I would like to add that, as much as I love the show Outlander, and as much as I admire Caitriona (who is truly an amazing person and far more than a pretty face, I assure you, please familiarize yourself with her!), I do have a very personal connection to this cause besides simple star-struck idol-worship.  You see, I was born with a lot of birth defects and health problems.  I spent the first several weeks of my life at Touro Infirmary in the NICU, and the first fifteen or so years of my life I was a frequent visitor at Children's Hospital and Medical Clinic. I started school before IDEA was passed (legislation that says that students with any kind of disability must be accommodated in the school where they would normally attend, not be sent to a designated school that "handles" special cases), so I spent a lot of time with other sick children, children in wheelchairs, children in head scarves with brachial shunts, children who looked and were different from most of the rest.  I also spent a lot of time with doctors, nurses, needles, operating rooms, medicine, IVs.  I still do spend time with doctors and medicine.  In fact, I went into medicine as my vocation - I have worked in medical offices since college and am getting my MBA in healthcare management.

As to cancer itself, we have had some brushes with it in our family.  My father was a radiational test subject while stationed in the South Pacific during his time in the Navy.  He had skin cancers for the rest of his life after that and we suspect his exposure may have caused some, if not all, of my health issues.  I have had skin cancers removed, including one that was pre-melanoma.

Through all of this, since I was born, I was lucky to have the amazing medical care of Touro Infirmary Children's Hospital, Tulane Medical Center, and all the doctors associated therein; plus the doctors I have seen since as an adult.  I can't imagine what my life would have been like had I not gotten the care that I did.  Nor can I imagine the lives of children who have cancer not getting treatments or palliative care.  Yes, my life has been a challenge, but I am grateful for where I was born and the fact that I did receive the care I needed and can continue to do so.

I would ask that you think of these children.  I'm hoping you will donate for both my physical and musical performances.

I had intended to do a crowdfunding campaign to help with the cost of my trip, but decided I would rather ask my friends, family and social media buddies to donate here instead.  I'll be posting pictures and videos of both my walks, my practicing and the performances.  I'm asking anyone who comes to a concert, or views a video to think about making a donation to World Child Cancer.