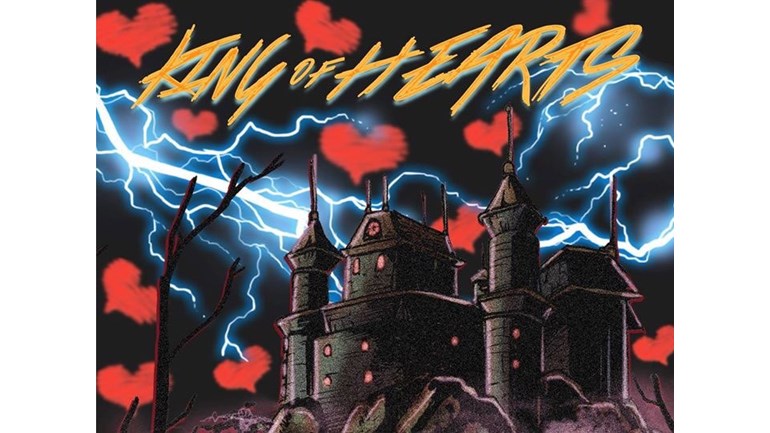 Fundraising for Northampton and District Mind

The King Of Hearts Festival is officially back for 2019!

The King Of Hearts Festival was set up in 2017 by myself (Matt King) and my good friend Matthew Wetherill. The idea was to have a festival in memory of my brother Rob King, combining one of his biggest joys in life of live music, with raising money for great causes.

Rob was an inspiration to many people. He was originally diagnosed with Cardio Myopathy at the age of 17, and fought through several major operations to keep him alive, including a heart transplant and suffering a stroke later in his life. Despite all this he was always positive, always living life to the full, always happy and always telling jokes and was known as one of the kind hearted men most people would meet. Unfortunately, in 2012, a little over a year after getting married to the love of his life Jess, while on holiday with her in Rome (one of the places he loved most) he passed away.

For the first year of the festival in 2017, the charity the festival raised money for was Papworth Hospital, the hospital where Rob was treated. Last year we raised money for the Dryden Cardiac Ward at NGH, again a heart related cause, which one of our close friends (Pablo) had been treated at earlier in the year. This year we are going down a different route, but something Rob equally cared about and we think is a very apt and fitting charity.

This year's charity is Northampton and District Mind. Rob was very in tune with mental health issues and always tried to support those around him who were struggling. But the first time I really experienced mental health issues first hand, was following Rob passing away. Although I struggled somewhat, the amount of people around me who were close to Rob, who struggled severely with different issues, with several diagnosed with depression, really opened my eyes to how big of a problem it is. That was just people dealing with a traumatic incident, not including all the people who are medically diagnosed with serious conditions.

This is one reason why I believe that Mind is the perfect choice for a charity this year, but the much more compelling voice in this, comes from someone many reading this will know quite well, my loving wife, Tara. The following are Tara's words following me 'interviewing' her, on her experiences with mental health as well as her direct experience with Northampton Mind.

From the age of 13 I suffered with depression, anxiety, self harm and suicidal thoughts. I can't think of a direct point at which it all started, but when you are in the black hole of sadness, it can be difficult to remember key things and details, but at one of my lowest points I ended up in an Adolescence Psychiatric Unit at the age of 16.

I first turned to Mind around the age of 18, not long after having Ashton. We were living in Daventry at the time, I was away from family, from friends, from everyone and even though Ashton was here and well cared for, I was alone, with no one to talk to and my self-care went out the window.

Previous attempts to speak to professionals about my mental health had not gone well, as they were not easy to get on with, and in turn to open up to, so for my first meeting with Mind, I was very nervous that it could go this way again and I would remain in the same situation.

But with Mind it was completely different. The first who dealt with me was Hayley, she made everything easy, she came to me, either at home or at a nearby coffee shop. It was not clinical like others, it was relaxed, natural which allowed me to open up. It was not just the meetings, Hayley would be there at the end of the phone for me too, and knowing this was like a lifeline.

The support from Mind and Hayley, lead to me getting the proper help and being able to cope, which in turn meant me moving back to Northampton and back around my network of family and friends, which in turn lead to me feeling more comfortable with life in general and overall contentedness.

There was then a period where I was not seeing anyone from Mind. I don't remember exactly what sent me back to them, but I remember one weekend where I cried for the whole weekend. Ashton was old enough at this point to understand something was wrong and was confused. But how do you explain that to a young child?

So I got back in touch with Mind and once per week Sarah would visit me. Sarah was one of the best things that happened to me and she allowed me to open up on things I had previously kept back and in turn started to work on ways to cope with these, methods which I still use today. Sarah (and Mind) stopped seeing me at the age of 26, shortly after me and Matt got engaged.

Thanks to the help of Mind and my loving husband I have had the best years of my life. I now have the skills to cope and to lead a life with depression and anxiety and I know when to turn to my GP or other services when needed. I would not have turned things around without Mind. If I was not able to open up about my depression and coping with being a single mother, I do not know what would have happened to me.

It is hard work opening up and explaining how you feel to a stranger and the initial meeting can be very nervous. But throughout everything Mind make you feel at ease, guide you through everything and are always extremely patient. It is knowing that when you are at your lowest and alone, that someone is there for you and wants to help and not just with how to cope with the depression but with daily tasks which just seem too much like filling in forms and making appointments. Someone even came with me to the dentist when I couldn't cope going by myself.

If you or anyone you know is dealing with similar issues, don't hold it in, don't hide away or feel embarrassed, find someone to get you the help.

Northampton and District Mind is a registered charity affiliated to national Mind. We aim to promote and support good mental health within the areas of Northampton, Daventry, Brackley and South Northants through the provision of a range of services which promote individual progression and recovery.

Charity Registration No. 1033000
Find out more about charity fundraising