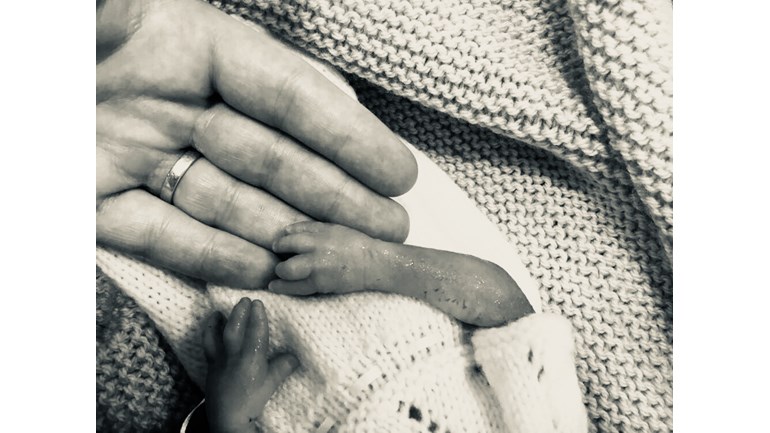 In memory of our beautiful boy Oliver.

We will be raising money for Neonatal Unit because they save sick and premature babies' lives.

We are aiming to raise as much money as possible for the Neonatal unit at the Royal Derby Hospital, as that is where our son was taken shortly after he was born.

Oliver was born at 24 weeks gestation, after I had suffered from something called PPROM (preterm premature rupture of membranes) at just 18 weeks pregnant. It was definitely a difficult pregnancy, but of course we had hoped and dreamed of a better outcome. Oliver came in to the world on the 11th October 2017, weighing 1lb 9oz, and despite the neonatal teams best efforts, he sadly passed away just one hour after being born.

Our whole lives have been turned upside down, and we miss Oliver more than words can ever begin to describe. We want to raise money for the NICU because we know how important these units are to the precious little babies, who are either very poorly or premature, and their parents who have to watch helplessly as their newborn baby fights for their life. The staff that work in these units are just angels, and we are forever grateful for the care that Oliver received during his short time in there.

Please help us to raise money that will go towards life saving equipment that is so desperately vital in giving sick babies the best chance at life possible. Every single penny of the money donated will go to helping the babies in some way, and please know that we will be more than grateful for any donation received. As Oliver's parents, it is important to us to keep his memory alive, and we can't think of a better way to do this than to help other poorly babies.

Thank you so much,

Charity Registration No. 516864
Find out more about charity fundraising