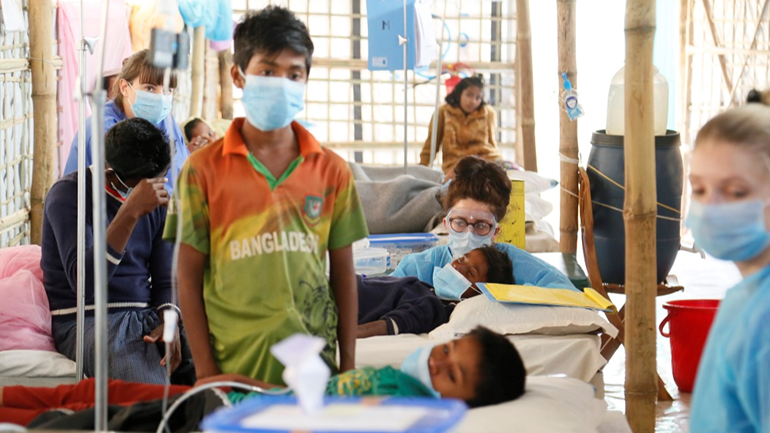 Fundraising by the UK-Med Great Manchester Run Team 2019. We believe in a world prepared to help when disaster hit.

Last January (2018) I found myself in Bangladesh as part of the UK Emergency Medical Team treating a Diphtheria outbreak. It has significantly changed my outlook on life.

Part of the team structure is UK-Med. UK-Med is committed to providing emergency specialist care in the immediate aftermath of large and sudden onset disasters and disease outbreaks often to the most vulnerable people of the world. They are a charity whose aim is to save lives, alleviate suffering and protect dignity. They are looking to grow their emergency response fund so they can answer more calls for help. As well as supporting a surge response to a health emergency, your support could pay for vital medicines, equipment and support colleagues in disaster-prone countries.

10K is much further than I've ever run before, so this is not going to be a "sure thing". The training itself is going to be murder...

I've always said I'm only ever going to do one charity run. This is it. All donations gratefully received!

Fundraising by the UK-Med Great Manchester Run Team 2019. We believe in a world prepared to help when disaster hit.

When disasters hit, we believe in a world prepared to help. Our medical teams respond to disasters around the world and we work with local emergency teams to build their resilience to future threats.

Charity Registration No. 1046202
Find out more about charity fundraising