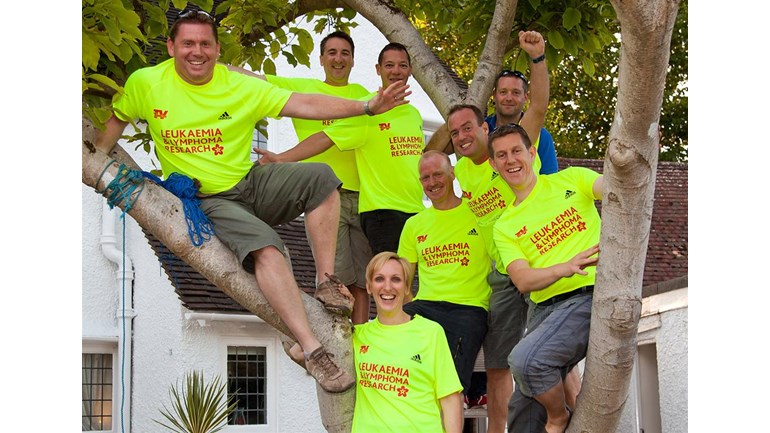 The Life's for Living Challenge

(we're) running 4 half marathons in a month for Bloodwise (formerly Leukaemia and Lymphoma Research) because it's been 15 years since I was diagnosed...

And so it all began on the morning of 18th September 2011, when me and my wife sat and watched the Bupa Great North Run in our dressing gowns whilst having a relaxed Sunday morning.

Before the race started, as ever in true BBC style, wonderful tales of heroism, courage and support were told by everyday people, all running for their cause – all running for something they believed in passionately and all doing something positive to help that cause.

Listening to their stories and watching them run put me to shame that morning.

We’d just come back from a pretty special summer holiday. We live incredibly privileged lives and it hit me squarely between the eyes that it was time to take some action, raise some money and generally give something back to the charity that in an indirect way had saved my life 15 years’ ago.

That morning we hatched a plan for me to run four half marathons in a month. Not ground breaking by any stretch of the imagination – but challenging enough for me. What would make it even more special however would be to run it with a group of friends and persuade them to do the challenge too.

On 17th November 2011, after much research, thinking and fine tuning of my pitch, I assembled 10 “dad’s” in our local pub and waited till pint #3 before pitching the challenge.

I needn’t have worried. Everyone stepped up to the plate and the idea of 4 half marathons and a party was born. All in aid of the charity which has had such a profound effect on my life – Leukaemia and Lymphoma research.