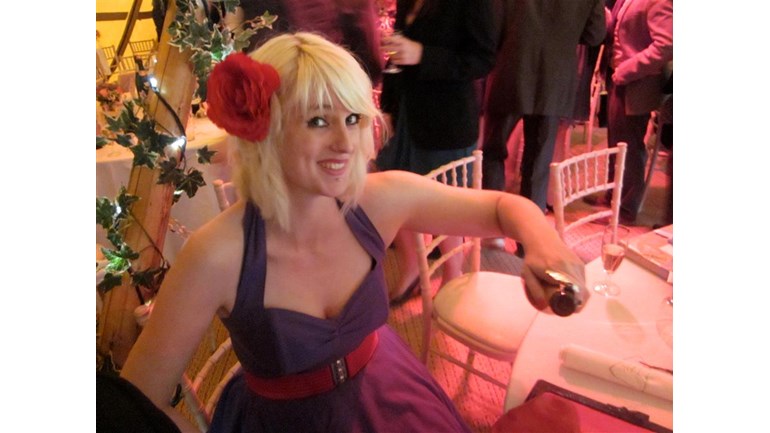 This is actually for the 2018 London Marathon as I had to defer last year.

A year ago, my closest friend Zarah was diagnosed with stage IV bladder cancer. So this summer I decided to run the London marathon to raise money for Cancer Research UK.

But, just a few days after I found out I had a place in the marathon, after nine months of painful, exhausting treatment for an aggressive cancer, Zarah died. She never complained that it was unfair, or stopped laughing and smiling. Not only was she always the life and soul of the party (and fuck me did she know how to have a good time. We all have the hangovers and stories to support this), but she was one of the most caring and altruistic people I have have ever met. You couldn’t leave her anywhere for five minutes without her making a massive group of new friends, always singling out the people who were going through a hard time and really needed her special way of making you feel that you were an utterly wonderful person. She was also the most emotionally intelligent person I’ve ever met, always putting other people first, with a special radar for those that needed her effervescent way of making you feel like you were the centre of her world. There was no better feeling than knowing Zarah was proud of you or was thinking about you.

Zarah volunteered for a homeless charity, and at her memorial service a group of homeless people she'd worked with turned up so they could talk about how much she meant to them - despite the fact the tube fare would have cost them a meal. This was because she was the kind of person who got up on a Saturday morning with a hangover to go and volunteer, and went around with her charm persuading people to donate turkeys at Christmas for those too poor to afford such luxuries. The world was most certainly a better place with her in it. And we are are all utterly devastated that she was taken from us so suddenly.

Other people need the support she didn’t get the chance to benefit from. I have also personally seen in a close friend with stage IV melanoma, how effective immunotherapy can be as it completely changed a bleak diagnosis.

Only a few weeks before she died, Zarah had started an immunotherapy trial which we hoped would buy her more time - sadly her cancer was too aggressive, and there was no time for the drug to have an effect.

But while immunotherapy for cancer is now profoundly changing how the disease is treated, the current generation of drugs is imperfect - only working for a minority of patients with a handful of cancer types. So CRUK is investing in top-tier, robust scientific research to make the next generation of drugs even more effective, for more patients..

Developing these drugs, testing them in trials, making sure as many patients  will take time and money - and with challenges like Brexit on the horizon there will likely be cuts in funding and research, and the care that people receive under the NHS, which is doing everything it can despite horrific shortages, won’t be what it should be.

My running a marathon won’t solve any of this, but if I raise enough to help CRUK’s research, and carry Zarah’s spirit of helping other people, I’ll be happy.