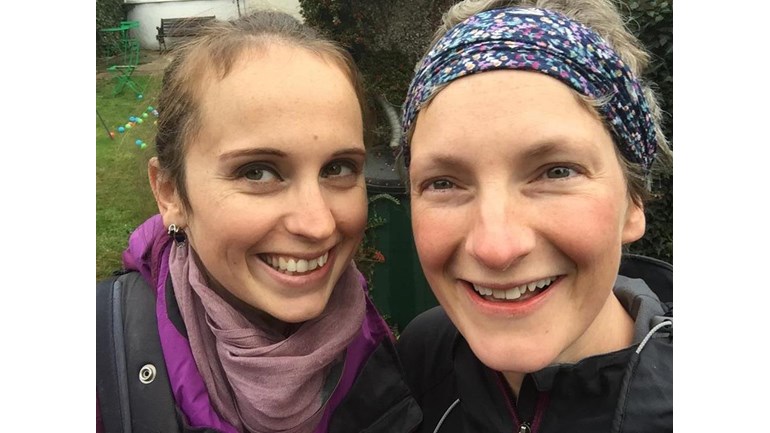 Liz Spice, along with me her lovely sister, is taking on this challenge only 10 months after finishing her last session of chemotherapy. She was diagnosed with breast cancer in June 2017 when her youngest was only 9 months old. The cancer was only found because another sister, Clare, had breast cancer the previous year and the hospital were able to confirm it was due to the BRAC2 cancer gene. Liz was then checked out and confirmed not only to have the gene but after further tests, breast cancer too.

Both sisters, after double mastectomy’s, chemo and radiotherapy (for Clare) have beaten this vial disease and so we are raising money for the awareness of hereditary breast cancer.

We hope you can support either by donating money or cheering us on at the event (or both!).

1 in 100 people are at 50% risk of carrying a high risk gene fault increasing their risk of developing Breast Cancer upto 85% - yet so few still realise this. We offer support to those seeking help and information between the hours of 8am - 10pm daily.

Charity Registration No. 1150183
Find out more about charity fundraising