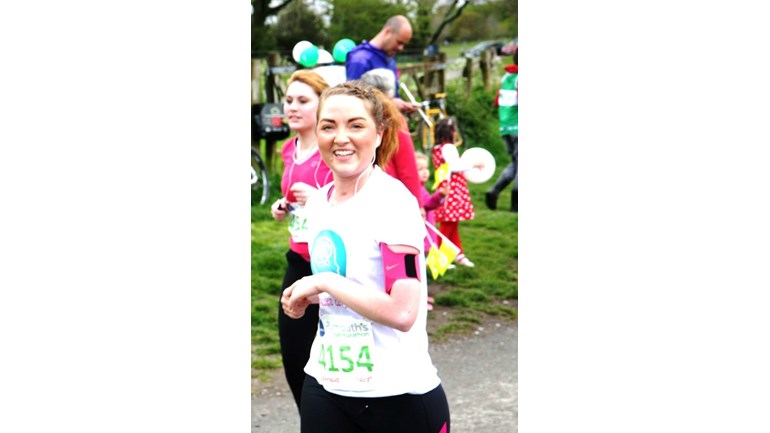 Taking on many adventures in 2014 to raise funds for The Eden Dora Trust for Children with Encephalitis because increasing awareness about Encephalitis is key.

The Eden Dora Trust for Children with Encephalitis

We Help Children affected by Encephalitis to get the help & support they need.

As many of you are aware, I was taken ill with anti NMDA-r Encephalitis in June 2011, and ended up spending 14 weeks in ICU, months in hospital and am even now, STILL on the road to recovery.

Taking part in The Great South Run in September 2012 was a great boost to my self esteem and after having a relapse in May 2013 I then went on to run The Great North Run in October 2013. It has been through running that I have been able to find myself again, and work through the struggles having an acquired brain injury has left me with.

It is now 2014 and therefore time for a new challenge.

To do this I need your help!

Over the next 8 months I will be taking part in as many different adventures as possible in my Eden Dora Trust shirt, talking to as many people as possible about the great work that they do and how they can become involved in getting Encephalitis more widely understood.

To start things I took part in the Plymouth Half Marathon on Sunday 27th April 2014 with my Brother Samuel.

It was a gruelling 13.1 miles, and seeing as it was only a month ago that I was lying in a hospital bed with a femoral line in my groin having a plasma exchange it was no small feat! We finished in 2.29.49 (much slower than I had hoped but I tried my very best!)

The rheumatologist said that he has never heard of anyone on such a high dose of steroids running even 1 mile, which has made me even more determined to do more!

This August Bank Holiday, I will be taking part in the 'Isle of Wight Challenge. This will involve walking 56km around the Island in ONE DAY!

My darling sister Sarah and I are hoping to do a sky dive in Cornwall in August too…just waiting on the medical exemption form!

September will involve running 5km whilst having paint thrown at us in Brighton. I am very much looking forward to The Color Run!

In October, Olivia and I will be doing the 'Mud and Sweat Run' in Devon. I have attached  video so you can see what it involves! We are looking to put a team together so if you are interested in taking part let me know.

I have just applied to take part in an abseil and will hopefully be organising an afternoon tea soon too!

I will try to keep you up to date with training and how everything is going.

I have been fortunate enough to have a great support system of friends and family that have been by my side throughout. Some people are not as lucky as me though, and therefore it is imperative that we join together to raise money for The Eden Dora Trust to help fund research into Encephalitis and get people talking and becoming more aware of what Encephalitis is!

Thank you so much for all your ongoing love and support.

You can find photos of my runs on my instagram @lizmolly and twitter @lizzy_oldershaw and I will be sure to be writing blogs too at http://lizmollyoldershaw.wordpress.com/

The Eden Dora Trust for Children with Encephalitis

Helping children and their families feel less isolated, different, misunderstood and alone. Working to save more lives & reduce the severity of the Acquired Brain Injury. We are the only charity in the UK dedicated solely to children who suffer from this illness - that anyone can get, at any time.