Elizabeth Lleshi
Fundraising for Save the Children 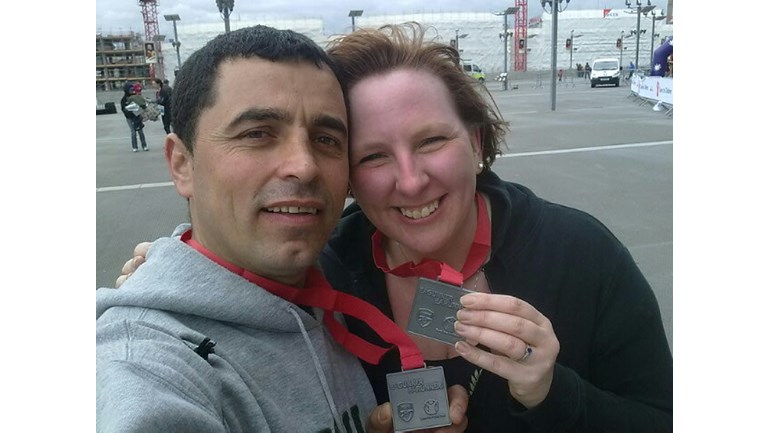 Fundraising for Save the Children

I DID IT! I ran 6.4km in 55 minutes around the Emirates Stadium for Be a Gunner Be  Runner. I’m stunned that I made it.

It was a fantastic atmosphere at the stadium; a lovely feeling of lots of Arsenal supporters doing a great thing for Save the Children. I arrived just as the children’s race was finishing and they were all bouncing around with excitement. At that point I wished I could’ve done the children’s distance, as the stadium looked even more enormous that before.

I was reassured that everyone seemed as apprehensive as me and very impressed with the amount of people wearing gold race numbers, meaning they’d raised over £500. A cheer went up as the start horn sounded and I stuck to my plan of ignoring everyone else and just going at my own pace, so quiet quickly my husband and I wear last in the group. However – slow and steady was a good plan as we were soon overtaking walkers but giving them a pat on the shoulder and encouraging them to keep going. There was an amazing steward who shouted his encouragement to every runner and it gave me a spurt of energy when he shouted “you can do this, it won’t beat you”. The spectators and the Save the Children team gave huge cheers – at the start of the race I was waving and smiling at them, but by the end it was a barely audible grunt.

It was a great team spirit the whole race – loads of Gunners being proud supporters of both Arsenal and Save the Children. Well done everyone!