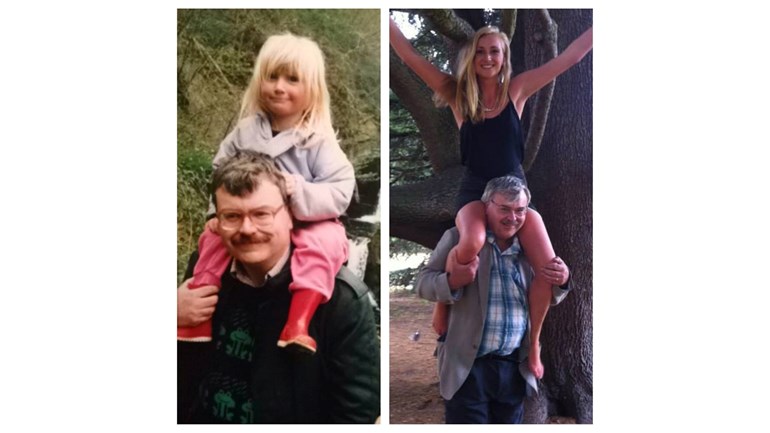 My Dad was first admitted to hospital on June 14th 2014 - the same day on which he had, seemingly in full health, moved me and my belongings back from Leeds following the completion of my degree. The following week, as if from nowhere, he was diagnosed with cholangiocarcinoma (bile duct cancer). A rare but aggressive cancer, in the majority of cases there are no signs of CC until it reaches the later stages - scans suggested he had been living with the disease, without any symptoms, for at least 4 years.

95% of people diagnosed with CC will die within a year. At the end of July it was confirmed that his cancer was terminal and from that point onwards his health deteriorated rapidly. On the 17th September 2014, less than 3 months from his original diagnosis, my Dad passed away.

It is impossible to sum up a life in words. My Dad was my loyal supporter, there was never a time when he was not rooting for me to succeed. It was from his hospital bed that he promised to move heaven and earth to make it to my graduation - a ceremony he observed from the front row on July 17th. He was selfless, working without complaint to provide and support my family. And, his intelligence and great sense of humour meant he was loved, and is missed, by many.

The reality is that my father’s death came too soon. At only 60 years old and approaching retirement, he had so much more living to do. Yet, despite his devastating diagnosis he handled his illness with fortitude, courage and dignity. You could forgive a dying man for losing his sense of humour yet, alongside our tears, he kept us laughing until the very end. I am honoured to be running the London Marathon in his memory and on behalf of AMMF, the sole UK charity raising awareness of and funding research into the causes, methods of earlier diagnosis and treatments of CC.

Thank you for your support,
Rachel