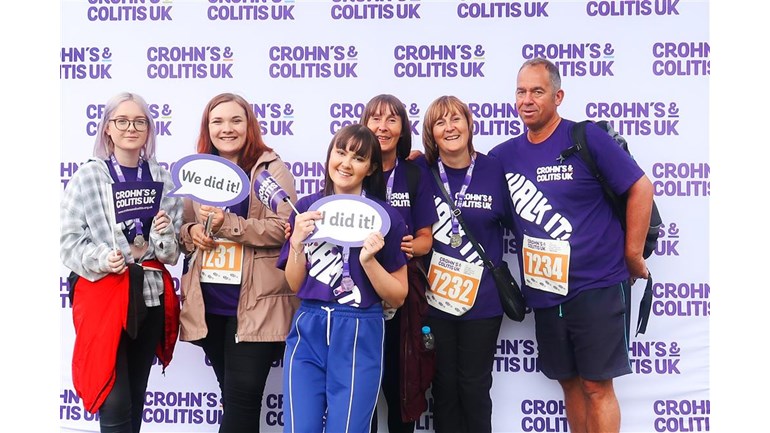 My name is Lucy Smith-Butler and I was diagnosed with Ulcerative Colitis in March 2017. Since that day my life changed and became a mixture of new drugs, new symptoms and a whole lot of hospital appointments. In July 2017 I was hospitalised as my colon was pretty much 'on fire' as my nurse said, prior to that I didn't really understand how ill I really was. From March to July I was on Octasa tablets, steroids and various enemas to try and control symptoms however they were making no difference. I was sitting my A level exams at the time so I never really gave myself time to think about my illness, a week after my last exam I was in hospital and that was when it hit me. In August 2017 I began Infliximab infusions, I'd put my University plans on hold as the drug could take up to 3 months to work and I wasn't prepared to deal with this illness alone yet. Unfortunately by October/November 2017 I had developed anti-bodies and the drug stopped working. This was hard for me to deal with, I was supposed to be getting better and being told I wasn't just knocked me back down. This disease is physically debilitating but it's also mentally debilitating and I wish more people understood that. Throughout December 2017 I was on steroids to tie me over before starting my Humira treatment in January 2018. I have now been on Humira for almost 16 weeks and I am not yet in remission, the drug seemed to work wonders to begin with but over the past 12 weeks I've struggled to see any improvement. Throughout the past 12 months I've suffered various side effects of this disease; low iron, huge weight gain, weight loss and all the aspects that you have to battle mentally. My story with Ulcerative Colitis has really only just begun, being diagnosed just before my 18th birthday means I'm going to spend my whole adult life dealing with this disease. I'm raising money for Crohns and Colitis because I don't want to spend the rest of my life dealing with it, I want there to be a cure. 50 years ago my Nana had an ileostomy bag fitted as she suffered with Ulcerative Colitis and her bowel was pretty much ruined. When she was younger there weren't any treatments, the operation was life threatening and over the past 50 years it is amazing how much technology has advanced. Crohns and Colitis are such common diseases but not many people know about them and I really want to change that! I would love a world free of IBD but I'd also love a world where people feel free to talk openly about IBD!