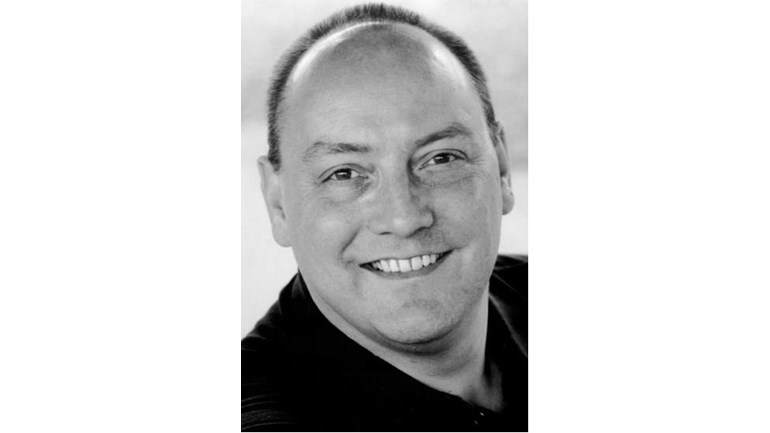 In memory of Lynton Black

Fundraising for The Royal Society of Musicians of Great Britain

The Royal Society of Musicians of Great Britain

Lynton Black died suddenly and unexpectedly on Thursday 31 January 2019 at his home in Yorkshire.

Lynton was a prize-winning student of the Royal Academy of Music in London, receiving a scholarship from the Countess of Munster. His acclaimed concert and oratorio performances took him to most towns and cities of the UK and throughout Europe and the Far East and led him to be invited to sing for Her Majesty Queen Elizabeth II at a private dinner in St James’s Palace.

His opera debut was at the Royal Opera House, Covent Garden, for the English Bach Festival as High Priest in Handel’s Teseo. His subsequent appearances in Great Britain were as The Drunken Poet in Purcell’s Fairy Queen for Handel Opera, Adonis in Blow’s Venus & Adonis for the Covent Garden Minuet Company, Commendatore in Mozart’s Don Giovanni for Opera 80, Don Alfonso in Mozart’s Cosí fan tutte for the Perth festival, Sultan in Haydn’s L’Incontro improvviso and Superintendent Budd in Britten’s Albert Herring for Garsington Opera, Judge in Sondheim’s Sweeny Todd for Pimlico Opera (in which his performance was described by The Times newspaper as “outstanding”), Bartolo in Mozart’s Le Nozze di Figaro for Grange Park Opera, Frank in Strauss’s Die Fledermaus, Dick Deadeye in HMS Pinafore and the role of The Mikado in the operetta of the same name by Gilbert & Sullivan for the world renowned D’Oyly Carte Opera Company, and Bartolo in Le Nozze di Figaro for Glyndebourne Opera.

Lynton’s international career began with his debut at the Salzburg Festival as Third Shepherd and Fourth Spirit in Monteverdi’s L’Orfeo, directed by Herbert Wernicke. He performed Antonio in Le Nozze di Figaro conducted by Edo de Waart, Nicholas Harnoncourt and Sir Charles Mackerras in a production by Luc Bondy, and Achilles in Offenbach’s La Belle Hélène. For Paris Opera, Lynton performed the Notar in Strauss’s Der Rosenkavalier, Antonio in Le Nozze di Figaro, Sagristano in Puccini’s Tosca and Hobson in Britten’s Peter Grimes. For the Aix-en-Provence festival, he performed Achilles in La Belle Hélène; for La Monnaie in Brussels, Lesbo in Handel’s Agrippina and Sciarrone in Tosca. For Teatro Liceu in Barcelona, Achilla in Handel’s Giulio Cesare and for the Baden-Baden festival and Teatro Real Madrid the Notar in Strauss’s Der Rosenkavalier.

Lynton was a regular guest at Basel Opera in Switzerland where, working with the late Herbert Wernicke, he created a one man show entitled Beauty retire… and so to bed based on the seventeenth century London diarist Samuel Pepys. He also sang Somnus and Cadmus in Handel’s Semele, and performed in Giulio Cesare by Handel, Die Lustige Witwe by Franz Léhar, a Schütz staging entitled Wie liegt die Stadt so wüste, Handel’s Israel in Egypt and a staging of six Bach Cantatas entitled Actus Tragicus which won the Bayerische theatre prize.

Lynton made his debut at the Bayerische Staatsoper, Munich, in the part of Father Truelove in Stravinsky’s The Rake’s Progress directed by Martin Duncan and conducted by Ivor Bolton, and returned in 2005 and 2008 singing the role of Mr. Flint, the Sailing Master in a new production of Benjamin Britten’s Billy Budd directed by Peter Müssbach and conducted by Kent Nagano.

Lynton’s Royal Opera House debut was made in 2008 in the role of Luther in Les Contes D’Hoffman and he has subsequently returned to Covent Garden as the Notar in Strauss’s Der Rosenkavalier and L’Hotelier in Manon, touring to Tokyo with the ROH in 2010.

Lynton recorded Frank in Die Fledermaus for Sony, Executioner in Sullivan’s The Rose of Persia for the BBC label, and his DVD debut in his now famous role of Notar in Strauss’s Der Rosenkavalier with Franz Hawlata and Rene Fleming for Decca

The Royal Society of Musicians of Great Britain

The RSM is the UK's oldest music charity and provides financial help and advice to professional musicians unable to work due to accident, illness or old age. We are uniquely placed to fully understand challenges within the profession and provide vital support at times when it is needed the most.

Charity Registration No. 208879
Find out more about charity fundraising