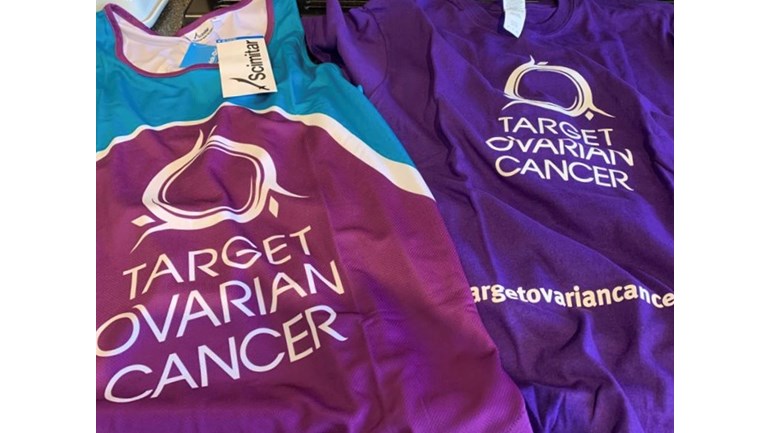 We improve early diagnosis and treatment to save more women's lives

2019 was a bit of a funny old year. It started with what I thought was constipation, after eating way too much at Christmas to having a ‘massive’ ovarian cyst removed in May.
Dodgy blood test, followed  by a scan. The result of which was ‘appearances are highly suggestive of ovarian cancer.’ Really make you sit up and take notice....
There then followed a CT scan at which they said, nah fine, it’s huge and yes you look 6 months pregnant but you can forget the C word.
The op was fine the now 35cm cyst  removed successfully and all was good with the world....
Until...oh actually we did find cancer in your ovary you’d best come back and let us double check...
At some point during this nightmare. I thought I need to run another marathon - if I die I won’t have to do it. Hopefully I’ll be able to run and when I want to moan about the training I can say to myself...Ann at least you’re here to moan.

Now just to get some friends mad enough to join me...

My mate Joan, who had always said, “no to anymore marathons’ finally gave in On the day I was told the cyst was benign, the fact it was the last day of early bird entries was just a coincidence!

Fiona took a lot more persuading, she says...
"So,I have to ask ..why am I doing this?
Why am I doing this?
I still haven’t come to terms with PR and still need medical assistance at the end of a half marathon!!
Well, it’s simple. Life is so precious and so are your relationships and friends.
Striving for what seems like the impossible is a small  challenge to support Ovarian Cancer isn’t it?
Well ..that’s why I’m doing it ... & let’s hope I survive to tell the tale !🤣 I don’t need to mention the arm twisting by ann !!"

As for Isabel!? “I was told to do it!” Very easily led our Isabel!!

For Jan, well I don’t remember having to ask her twice!!

Bob "had no intention of running a marathon..then I had a couple of glasses of Prosecco and I found myself telling Ann I would enter!"

Katie who had her own health scare in November has decided to run for Target too whilst running London Marathon.

We also have some of the K&D speedy boys joining our party house! They will have time to shower, have a snack and come back to the finish line to see us in!!

Please if you can support us we would be most grateful.

Charity Registration No. 1125038
Find out more about charity fundraising