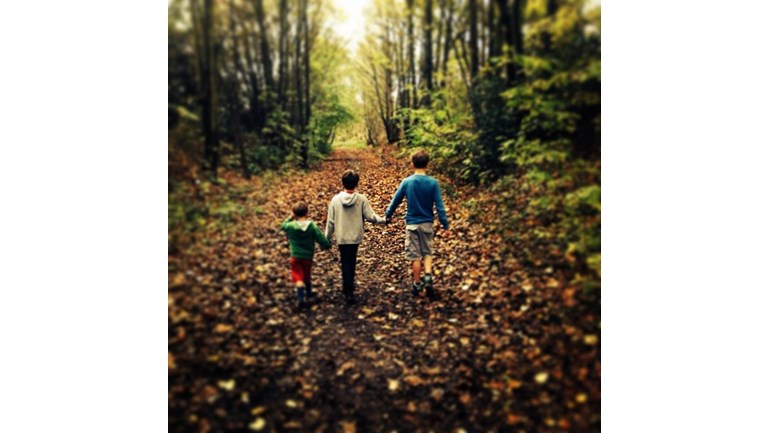 We raise money for research, care & support to help cancer patients get the best care.

In May 2018 our family was hit with a thunder bolt! Don my husband and father to our three beautiful boys got the dreaded Big C diagnosis. Somehow without having any identifiable symptoms, his tumour was positioned awkwardly in his lower colon which was already at Stage Three and starting to spread. Then started the whirlwind....

Consultants at Leeds St James Hospital advised the tumour was initially inoperable, you could imagine the sickening feeling we had at this time. There were two options given, Do nothing and hopefully  survive for 12 months or have aggressive combined Chemotherapy and Radiotherapy in an attempt to reduce the tumour (No real option). Treatment started for Don in June 2018. The scary thing being if this awful treatment was successful the suggested outcome would be the NHS Gold standard operation, this would be the removal of Dons backside and a permanent stoma bag fitted.

In September 2018 after the very long hot summer, the treatment and the side effects for Don were incredibly tough on his body. The scans unfortunately confirmed he still had the dreaded C, as you can imagine we were both devasted, but had to keep strong especially for our beautiful boys.

In October 2018 following discussions on what we could do. Don's Leeds oncologist referred him to Clatterbridge Cancer Centre in Liverpool for a consultation with Professor Myint, a truly amazing man, he offered Don a specialist type of treatment called Papillon Contact Radiotherapy, this delivers high doses of treatment directly to the tumour. Appointments dates and times were agreed and then started the multiple visits to Liverpool, treatments would finish just in time for christmas. He had so much radiation in 6 months he could light up the christmas tree himself!

Don has now completed all the treatment in Clatterbridge Cancer Centre in Liverpool but is still in recovery from the side effects. The radiation will continue to work its magic on the tumour and scans are planned for March 2019 to get the results. We are now in this 'Waiting game' to see if this treatment has worked and blasted his tumour.

So now the challenge ...I want to give something back and to give encouragement to my husband and to show my three boys how strong we are by walking 'The Yorkshire Three Peaks' and raise money for Clatterbridge Cancer Centre, who have been truly amazing in all aspects of our care. Hopefully with all your kindness, we could raise enough money to help future patients with this awful life changing disease.

Finally thank you so so much for reading this. On Saturday June 22nd 2019, my family and friends will be taking up this huge challenge. Thank you all in advanced for your kind donations!! LETS DO THIS!!!!!!!!

Thank you for helping patients at The Clatterbridge Cancer Centre, young and old, get the best possible care. With your support, we can fund pioneering research, the latest cancer treatments & vital services - ranging from new innovations to the special touches that help to change lives.

Charity Registration No. 1051727
Find out more about charity fundraising