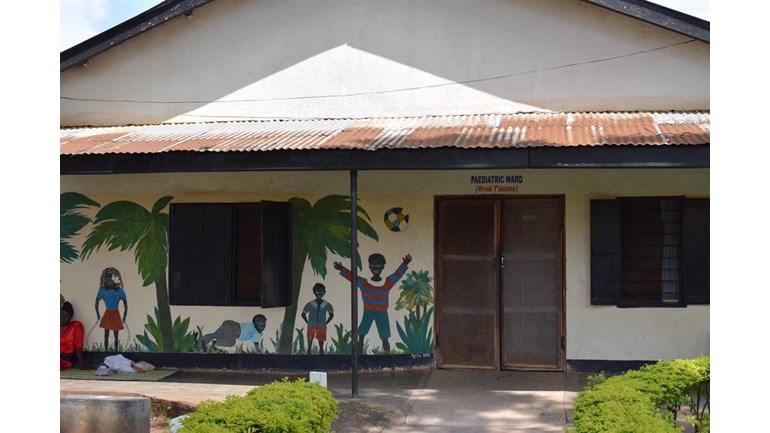 FOKH is a registered UK charity (HMRC Ref XN77395) supporting the work of Kiwoko Hospital. For further information see: http://www.kiwokohospital.org. If you have a query about using JustGiving to support Kiwoko contact aubreybell05@aol.com - SEH&SCT folk should contact ruth.boyce@setrust.hscni.net.

Marvin is a 10 year old boy, who has been in Kiwoko hospital for the last two weeks. He suffered from an epileptic fit and fell into an open cooking fire, with a saucepan of boiling beans falling on top of him. He was found hours later by the family with extensive third degree burns on his torso, upper limbs and face. After being taken to a local traditional healer, he presented 5 days later to the hospital with septic wounds and has undergone several surgeries since, with more to come.

Burns victims require significantly high caloric and high protein intake. Unfortunately, unlike most European hospitals, Ugandan hospitals do not provide food for patients, so they rely on family and friends to bring food and provide basic personal care. Marvin's family is unable to afford the nutrition he needs, but Kiwoko hospital has kindly agreed to buy and cook the food needed for his recovery if given the means to do so - which is why this fund has been created. The family has consented to the creation of this fund, and the public use of Marvin's name.

The hospital dietician has estimated the monthly nutritional cost to be around 100 pounds, and medications would be extra. As of now, it is not possible to estimate how long Marvin will be in hospital, but it will likely be many many months. Therefore, if you are able to help with anything at all, both him and his family would be so grateful. If there is any remaining money after Marvin has been discharged, the money will go to the hospital's "Good Samaritan Fund", which supports the poorest patient's in the hospital. A designated staff member in the hospital would oversee this, based on need.

Thank you so much for your kindness.

FOKH is a registered UK charity (HMRC Ref XN77395) supporting the work of Kiwoko Hospital. For further information see: http://www.kiwokohospital.org. If you have a query about using JustGiving to support Kiwoko contact aubreybell05@aol.com - SEH&SCT folk should contact ruth.boyce@setrust.hscni.net.