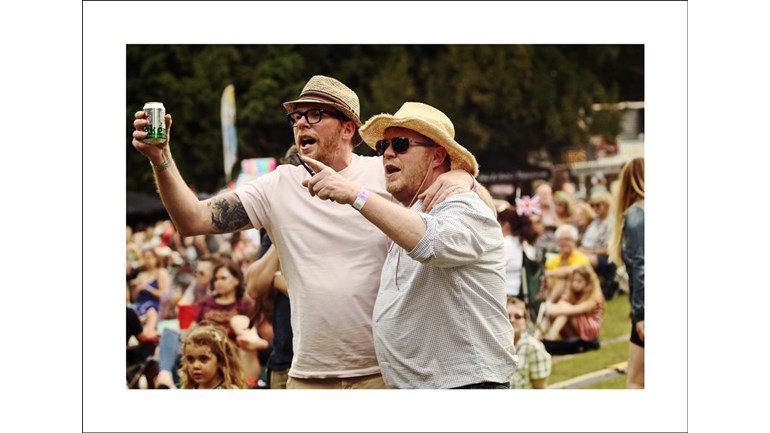 Thanks for taking the time to visit our JustGiving page, but more importantly the donation you are just about to make!!!!

Matt (Tommy) initially decided to run to support the Brain Tumour Research because I was diagnosed with a Meningioma in 2014. See below for more details. Sadly another family member had developed a deep set of Tumours around the same time and died in 2017, Andy this is for you too!

Initially Matt was going to train and keep this a secret, but due to the Thomas trait he just could't keep it to himself. When Matt told me what he was planning, not only did it fill me with pride that my overweight, non running brother was prepared to attempt a marathon, push himself so much, and make such a huge commitment he persuaded me to join him, I really wanted to support him and for both of us to set a personal challenge. Neither of us are experienced runners, we often walk to the pub and back but that's about it.

It will most certainly take us both out of our comfort zone but we are 100% committed and have set time target of 6 hours. We often forget the impact things have on the people around us, my brother, Matt Thomas is amazing, often an inspiration and has always been supportive then and now.

Meningioma or Derek as I call him, is a Tumour that forms in the membrane that covers the brain and skull and often in the spinal cords. Mine was benign, and only 3cm (I'm one of the lucky guys) but he was only a fraction off the optic nerve and in a difficult place to operate. We had many conversations,  usually with me asking him to stop growing or simply bugger off, but he was stubborn, and just kept growing. Eventually the doctors persuaded me to have radiotherapy which was every day for 6 weeks. I was, again, very lucky, state of the art machine and an 8.15 am slot. Every morning, I drove to the hospital, had a full fry up, popped onto the machine,  zapped the old bugger, then drove to work 37 miles. I must admit the pressure of the mask was probably the most frightening part, oh and the taste of copper as the machine buzzed around me. Our company owner and my colleagues were fabulous, I would leave at 4.30 to beat the traffic and take it easy in the evening. During the 6 weeks I only had 1.5 days off, mainly because during a meeting I couldn't actually remember the names of some of the people in the room or why I was there, I was pretty tired so they sent me home.
3 years later no growth (Next scan is in July 2019) assuming Derek is still not growing then I will probably just let it go and ask if we can just have 24 or 36 month scans.
During the entire period, I tried to remain strong, to not let it show just how scared I was, how helpless I felt, how much of a failure I felt I was to my parents, my brother, family, friends and work mates, just how low I really was, how lonely I felt because on the outside I just let everyone believe all was great in my world. Well it wasn't. it was tough, but the light at the end of the tunnel is so much brighter now, and getting bigger every day.

Someone once said that "Just being alive can really hurt" well it can so so much,  physical pain, mental anguish, anxiety, the secrets we keep to protect those around us.

However all of this is what helps us realise we are actually alive, breathing, living, growing, learning, laughing, crying, singing, dancing. Being alive doesn't have to hurt all the time.

There are two things I have taken from my experience which is be honest to your self and live, live every single moment possible to the best of your ability, be kind, generous, forgive and love!!

This is the first time I have admitted to myself, in fact to anyone how I felt at the time, it really is quite a relief!