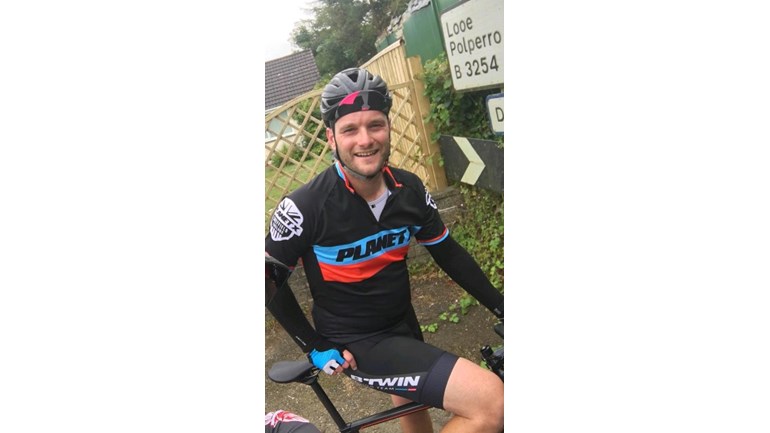 This is my story and why I'm doing this -

When I was three years old, I Woke up in the night with a headache and dizziness. I got into bed with my mum as she just thought I had the flu or a bug.

I woke up in the morning limp, not very responsive and with a stiff neck, so Mum phoned the doctor. They said the doctor would come around after morning surgery, and a bit later a neighbour popped in and was really concerned.

By this time the doctor came round and called an ambulance straight away. My mum remembers the doctor giving me antibiotics before the ambulance arrived, which they now think stopped any after effects.

When I got to the hospital I had a lumbar puncture, which diagnosed meningitis. I was Unconscious for two days and then spent a further 10 days in hospital.

After leaving hospital I was very weak, and remained skinny for a while afterwards but luckily I didn’t suffer from any lasting after effects.

Matt is taking part in this year’s ‘Ride London’ event, a 100 mile cycle through central London, into the hills of Surrey and finishing back in the capital at the Mall. Matt said: “I always wanted to do something for Meningitis Now after my experience, but have never really known what to do - when I saw ‘Ride London’ advertised I knew that was it!”

Matt describes himself as a ‘keen-ish(!)’ cyclist, and is embracing the challenge as an excuse to get fit. He tries to cycle at least twice a week, on his own or with friends – one of whom is joining him for Ride London. Matt said: “I’m preparing for the ride by trying to cycle more often and increasing the distance, to hopefully build up to the 100 mile mark!”

“I am really excited to be taking part in Ride London - it will be the longest distance I have ridden and I can't wait to be part of the craziness, with like-minded people.”

Matt is dedicated to raising at least £500 for Meningitis Now but is hoping that he will surpass that target with sponsorship and other fundraising activities he has planned.

Talking about his reasons for taking part Matt said: “I was lucky enough to survive meningitis thanks to early detection by people who recognised the symptoms of the disease. By taking part in Ride London, I hope to not only raise funds for Meningitis Now, but help to raise awareness of a disease which devastates lives - I was one of the lucky ones.”