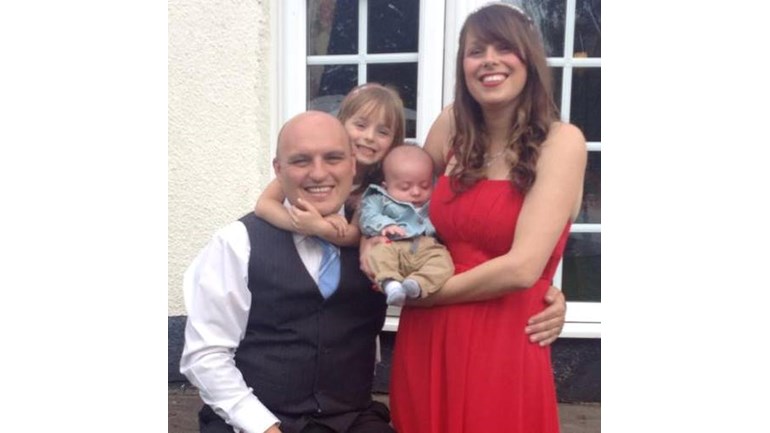 Fundraising for Smile for Joel

On Boxing day 2017 a good friend of many, WBA mascot and West Midlands referee Richard Eades aged 42 suddenly passed away at home leaving behind his partner Carly and 2 young children Lily and Archie.

Richard was a family man, an enthusiastic WBA supporter who had worked for the club in various roles since the age of 15. Richard also ran (and played for) the WBA supporters team "Boing FC" for many years. He was a good friend and is sadly missed by all that knew him.

I will be running at least 5k every day for 2019 for a charity called "Smile for Joel" which is a chairty set up in memory of Joel Richards who sadly along with His Grandfather, Uncle and many more were killed in the 2015 Tunisia terrorist attack.

Whilst I never had the pleasure of meeting Joel, I know Richard was very fond of Joel being a fellow referee and a good friend and he was deeply saddened by Joel's death. Richard actively promoted the "Smile for Joel" charity.

Smile for Joel is a fund raising charity to support and help shattered and broken families who are victims of traumatic bereavement through homicide.

Thanks again for visiting my justGiving page, I appreciate all donations, no matter how little. Every bit counts.

Thanks to Craig Davidson for the inspiration in his 2018 challenge!

Smile for Joel was founded by Suzanne Richards, who lost her son, brother and father in the terrorist attack in Tunisia in June 2015. This charity has been set up in their honor and in memory of all those that never came home. Funds raised go to VS to help support families effected by murder and terrorism. Our Story On 26 June 2015 Suzy's family went on holiday but her son Joel, dad Pat and brother Ade were tragically killed along with 27 other British people during a terrorist attack. Her youngest son Owen was the sole survivor and is a true inspiration. Smileforjoel has grown from strength to strength and provides very needed support to shattered/ broken families who are victims of traumatic bereavement through homicide. Suzy says “Losing three beloved members of your family to a terrorist attack is unimaginable and is something that no person should ever have to go through. Smileforjoel is a tremendous way to remember them. Through their legacy, they will bring hope to so many people’s lives. Their names will not be forgotten”. Suzy & Owen want to thank everyone for their continued support.

Charity Registration No. 1175874
Find out more about charity fundraising