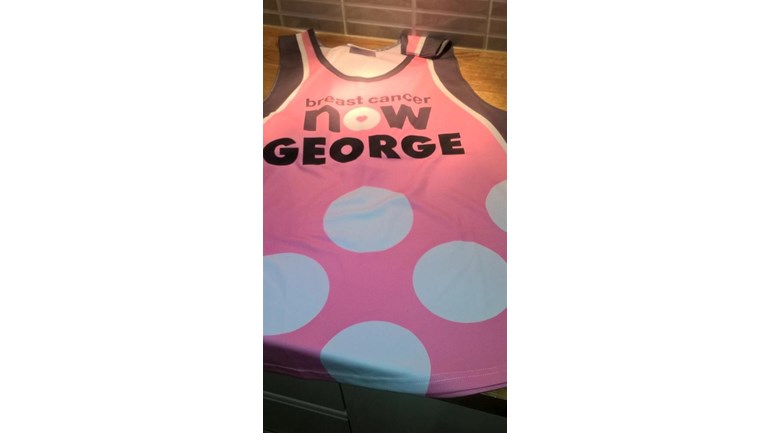 We fund breast cancer research and care to provide support for today & hope for the future.

The numbers of those diagnosed with Breast cancer has quadrupled since the 1970s and has increasingly affected younger women to the point that almost all of us have been personally touched by the tragedy it brings.  My employer, Mattioli Woods has pledged to support this charity to achieve their ambition of ensuring that, by 2050, no one will die from breast cancer. And, Mattioli Woods will also match what we raise together here, for which I am truly grateful.

Having run my first marathon in Edinburgh last year and having reached the tender age of 46 now, you would think I would know better than to do it all again, however, I seem to have caught the bug and was delighted to be chosen by the team at Breast Cancer Now to be one of their runners in London this year.

I do hope you can help by donating whatever you can to support this terrific charity - it means a great deal to me that you are willing to help in the fight to ensure that by 2050, no one else will die from breast cancer.

The London marathon is only stage one for me - I am also helping my colleagues at the Mattioli Woods Glasgow Office in their efforts to run the Edinburgh Marathon relay, the Hairy Haggis - you can visit the team's fundraising page here - https://www.justgiving.com/Mattioli-Woods1﻿﻿.

Training continues through the cold winter days and nights, it is really difficult although immensely rewarding - I am hoping that the hard work will pay off and at the very least, I wont faint at the end of the race like I did in Edinburgh.

Once again, thank you so much for your support.

We’re Breast Cancer Now, the charity that’s steered by world-class research and powered by life-changing care. We’re here for anyone affected by breast cancer, the whole way through, providing support for today and hope for the future. By 2050, we believe everyone diagnosed with breast cancer will live – and be supported to live well. But we need to act now.