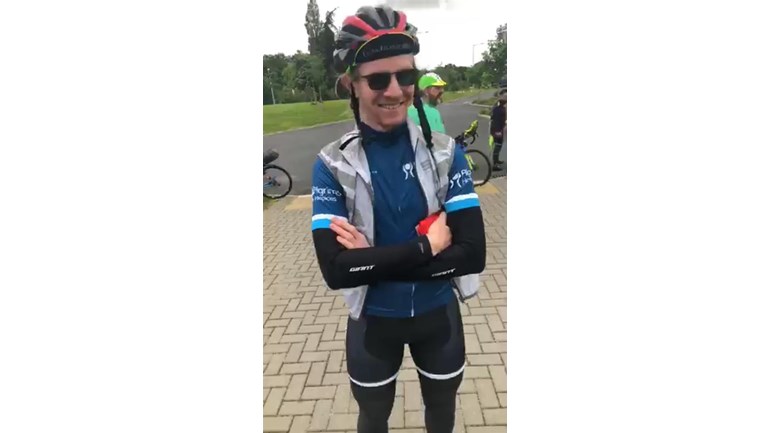 TAW a 2500km self supported ride in Ireland for Pilgrims Hospices In East Kent because of the support they gave to my Dad.

On Thursday 6th of June 2019 I will join 200 other riders as we attempt to ride the Transatlantic Way, a solo self supported 2500km route along the western coast of Ireland. Starting in Dublin I will ride up to Derry and follow the coast all the way to Kinsale Near Cork.

On the ride i will be aiming for around 200 miles per day, sleeping under the stars on some nights and b&b on others for shower and a better nights sleep.

Although there is no official cut off time, there is a finishers party on  Saturday 15th June, so I hope to make it to the finish by then in time for a Guinness (when in Rome).

I am doing this ride in Memory of my Dad Roger who passed away last September after his year long battle with cancer. My Dad has always been a fighter, overcoming many illness during his life and before he lost his sight was a keen cyclist himself raising money for charity.

I will be carrying a live tracker so people can follow by progress during the event this can be found in the link below along with more information on the route.

Pilgrims Hopices really helped to comfort my Dad and the whole family. They respected his wishes and maintained his dignity right to the end so that he could be at home when his passed away with his family by is side. Their support is invaluable but they need to raise £14 million each year to continue this amazing work.

Pilgrims Hospices is a charity providing palliative care free of charge to people in east Kent. For people with a range of life-limiting illnesses, specialist services are provided from our three sites in Canterbury, Ashford and Thanet, in patients' homes and via community programmes.

Charity Registration No. 293968
Find out more about charity fundraising