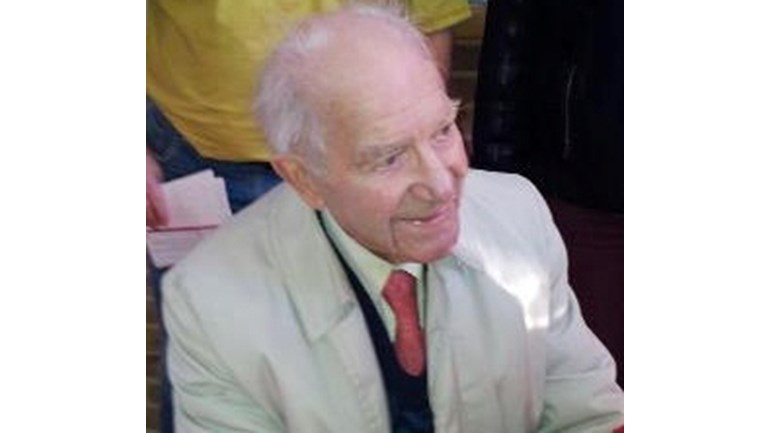 Born Maurice Gordon Reaney on Our Lady's Birthday, Eighth of September 1923 - son of John and Bertha Reaney and younger brother to Douglas who died at the age of 19 when in the Royal Artillery Regimant. Maurice rose to become Captain in the 48th Royal Tank Regiment and in 1945 received the Military Cross for outstanding bravery in the field and respected by all.

Maurice went on to become a teacher after studying at St Mary's College, Strawberry Hill and achieved the Headship which lasted until he retired in 1987 after 31 years, when he was awarded the Papal Cross. After retirement Maurice spent many hours supporting his parish, St Elphege's in Wallington and the John Fisher Old Boys by writing the newsletter for more than 40 years and playing football until he was 71 years old.

In recent years he has been diagnosed with the onset of Alzheimer's, although thankfully this has stabilized.

This page has been setup In Maurice Reaney's name, so that anyone who wishes to support him in raising funds for Alzheimer's Research can do so - be they ex St Mary's Pupils, St John Fisher Old Boys school or team mates, St Elphege's Parishioners, or if they know of someone who has been affected by this disease.