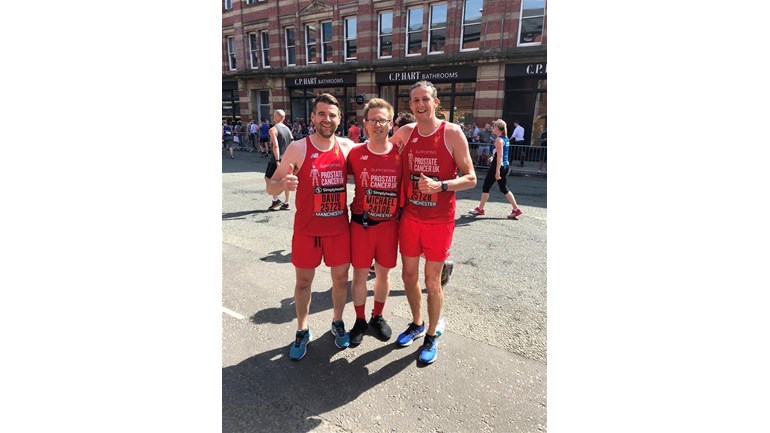 For the past three years we have taken part in the annual Prostate Cancer cycle ride from London to Amsterdam but thought we’d mix it up this year and take to the roads. None of us like running and there will be no stops on this journey but we hope 14 weeks of training will sort us out!

Some 11,819 men now die from prostate cancer every year – the equivalent of one man every 45 minutes – compared to 11,442 women who die from breast cancer, according to new figures released by Prostate Cancer UK.

We would like to carry on doing our bit to fight this awful disease and hope you can support us with a much needed donation.