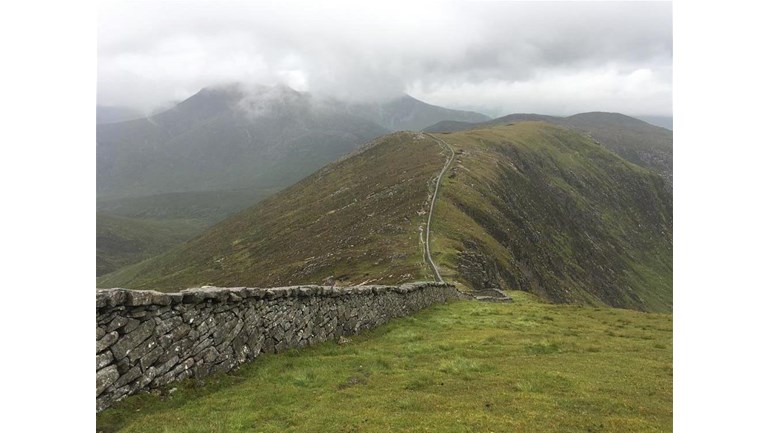 We are four friends walking along the Mourne Wall for CALM (Campaign Against Living Miserably) because too many men suffer mental ill-health alone.

Four friends who met at university in Scotland more than twenty years ago, we will walk the entire length of the Mourne Wall in County Down. Now in our forties, three of us have sought and received mental health treatment in recent years. This walking challenge began as an idea for a quiet weekend in the hills with friends, but we quickly realised that we wanted to make a challenge of it; paying tribute to one another's courage and, in the process, helping other men by raising money for a great cause.

The route is 22 miles long and runs over 14 peaks, including six of the seven highest peaks in Northern Ireland. The distance covered and cumulative ascent/descent is roughly equivalent to the British Three Peaks Challenge (Ben Nevis, Scafell Pike, Snowden). As a concession to our status as middle-aged desk-jockeys, we will split the walk over two days.

We are raising money for the Campaign Against Living Miserably (CALM), which is leading a movement against suicide, the single biggest killer of men under 45 in the UK. CALM provides a free and anonymous helpline 0800 58 58 58 and webchat (5pm-12am daily) staffed by trained professionals and leads campaigns tackling stereotypes of masculinity, suicide and male mental health.