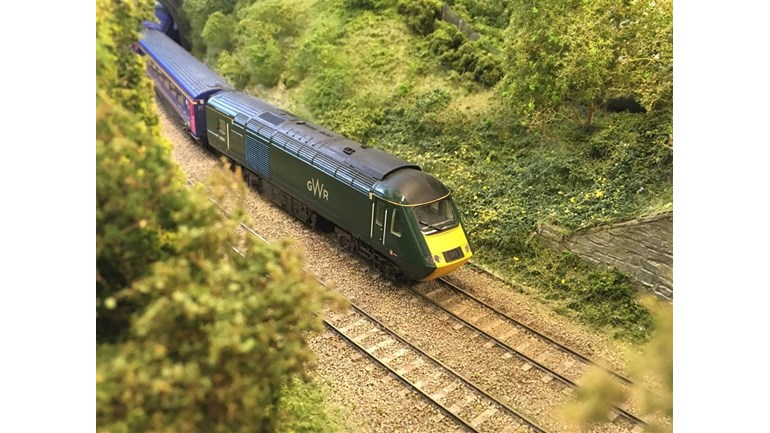 In 1986, just before my 20th birthday, I contracted Meningococcal Meningitis and by all rights, should not be here to tell this story, let alone build a model railway.

As dramatic as it sounds, I was rushed to St Marys hospital in Portsmouth with probably an hour to live, where I lost consciousness and had a large needle inserted in to the base of my spine (called a Lumbar Puncture) to drain the infected fluid from my brain. A week later, I regained consciousness and found that the entire right hand side of my body was paralysed and I could only say three words - Yes, No and F!ck. Whilst this seems funny now, at the time, it was extremely frustrating as my thought process seemed perfectly normal, but trying to communicate with just those three words was a challenge in itself, let alone being bed ridden. The nurses were wonderful, and they probably lost count of the number of times I ripped the drip out of my left arm (maybe they should have put it in the right one??)! After three weeks, I was told there was a good chance of having serious brain damage, and that I would almost certainly never regain the full use of my right arm and leg - quite devastating news! Something wasn't quite making sense though, as I could think perfectly.....and so my determination not to be beaten started. At the turn of the forth week I began to add some more words to my speech, such as hello, Mum, please and thank you, and I became a little more boisterous - my friends came to visit and took great delight in raising and lowering the bed, which at one point crashed to the floor! We found it hilarious, the nurses not so...but they never complained, they just rolled their eyes and carried on doing their fantastic work. Week five saw me regain movement in my right arm, followed by my right leg and my speech was improving rapidly and after just six weeks, I could stand up....not the best idea as I tried to walk to the toilet and fell over halfway down the corridor! 8 months on and I was about as normal as could be....ok, those of you that know me may beg to differ, but if you met me today, you'd never realise I'd ever had Meningitis. I'd stuck two fingers up at the doctors (in a nice way) that said I'd never lead a normal life again. I still have side effects, such as my ability to do basic maths, and I've acquired OCD. My mental age fluctuates between 16 and 70....that's no joke either, even though some women think that's normal behaviour for a man, but I've learned to cope with it. They say what doesn't kill you makes you stronger - I was lucky to survive, and it's certainly made me realise that no matter how bad, or difficult things can be....never give up.

So there you have it, my story, in my words. If you see the layout out and about, please donate some money to this wonderful cause, even if you can only afford 10 pence....it's not just children that can get meningitis, it's adults too.