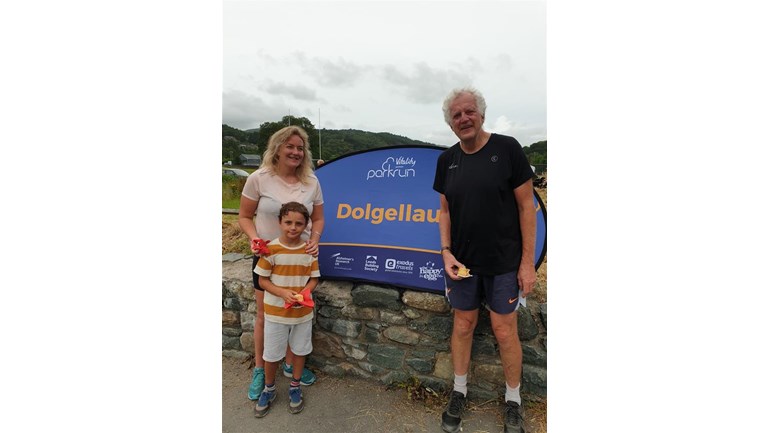 We are running the Royal Parks half Marathon for Brain Tumour Research because of Andy, Molly, Quinn and Luka.

My sister Molly had been with Andy for over ten years when he was diagnosed with a stage three brain tumour in 2014.

Given 2 to 4 years to live, Andy told me all he wanted was as good a quality of life for as long as could get and that he was lucky as he'd met others who had stage four and who only had a matter of weeks.

Andy and Molly used their time well and within the next year they were married and Molly was expecting twins.

Andy barely showed how sick he was until right to the end, and was actually working until he was hospitalised. I don't think anyone knew how much pain he was in until finally his body couldn't take it anymore.

He died last September. Having been given all that time to adjust to him dying it seemed odd to feel as surprised as we were when he actually passed. I think you always just think there'll be some sort of miracle or breakthrough. Seeing such a healthy young man deteriorate in such a way just seemed so fundamentally wrong and unfair.

My sister has been a pillar of strength throughout the experience and no-one quite understands how she has coped with it all. His sons, having lost him so young will probably just remember his as a sort of superhero figure who drove ridiculously fast and managed to fix everything.

So me and my dad are running as a team to raise as much money as we can toward research which could help prevent this happening to other families. We really hope to make a difference, so please give what you can.