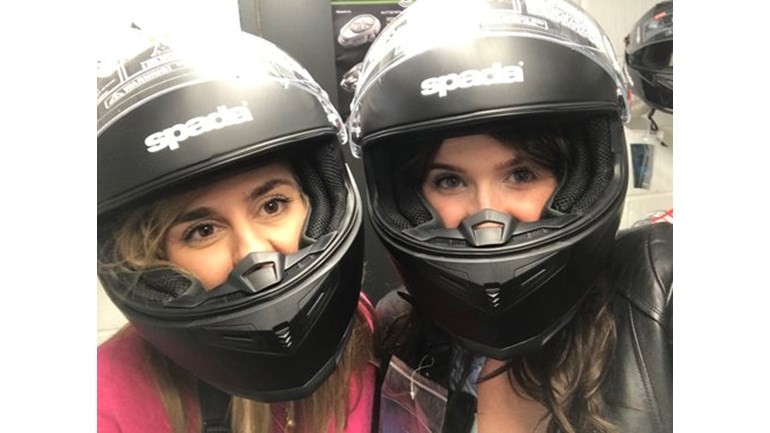 Fundraising for Education For All Morocco Ltd

Education For All Morocco Ltd

In April 2018, Molly Beucher and Georgia Maguire - transatlantic sisters from another mister - will be abandoning LA and London, leaping onto their lowly steeds and puttering across the Atlas mountains and Sahara desert of Morocco. It's only 1000km, so what could possibly go wrong?

Neither of us have ever ridden a motorcycle, so it seemed sensible to choose a monkey bike * - which resembles something used in a circus trick - on which to tackle the versatile terrain. Note: we will not be dressed as clowns.

Route wise we were thinking first star on the right, and then straight on till morning..

Part of our journey has been facing the irritating cries of 'what, just the two of you? With no MEN?' We've decided to leave our corsets at home for this one.

We've partnered with Education for All Morocco (EFA); an amazing local charity that allows young girls from the most impoverished families in the remotest villages in the High Atlas to have the same education as their male counterparts.

We don't have to tell you that the women we're raising money for deserve to be educated as much as their peers. Gender just shouldn't' come into it.

Throughout certain parts of Morocco, illiteracy rates for rural women and girls remain as high as 90%. EFA is aggressively working to combat these statistics by building and running boarding houses near secondary schools, so young women from rural families can continue their education.

Any support you can give to such a brilliant cause would be so appreciated. And we need all the encouragement we can get to make it to the finish line!

NB. This is NOT a quarter-life-crisis. Not because we're too old, but because everything about this trip makes perfect sense.


*For the first month of our preparations, Georgia thought a monkey bike was an electric bicycle, which Molly finds troubling

Education For All Morocco Ltd

Education For All Morocco runs and builds boarding houses so girls in rural villages can continue their education beyond primary level. We provide warm beds, clothes, hot showers, 3 meals a day, + access to books and computers. "Educate a girl and you educate the next generation." www.efamorocco.org

Charity Registration No. 1124500
Find out more about charity fundraising